Watch the Lake of the Hippos live. The family of pachyderms is back in the summer paddock 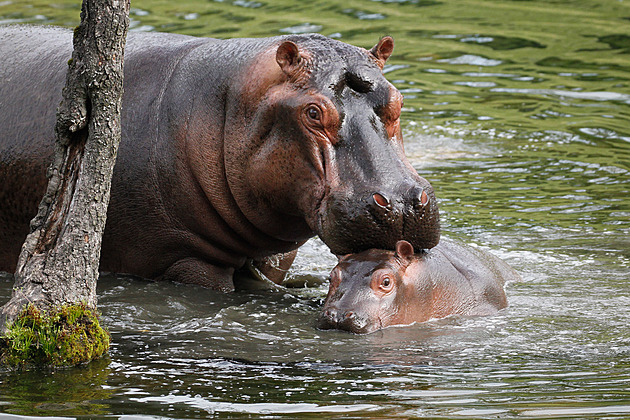 Admiring these monumental animals in the immediate vicinity is a joy, let alone in the backdrops that make them forget that these animals live in human care. The environment they created in the court park is so natural.

Lake of hippos last year it underwent an extensive transformation, during which the old massive bridge was replaced by a low stone rampart with a system of rusty footbridges in the African style. And hippos now have 4.5 thousand cubic meters of water for themselves. In addition, another elevated viewpoint has been added to the Lake of the Hippos this season, which opens up views of the neighboring Sahel enclosure with Somali donkeys and saber-horned rhinos.

A lake with seven hippos in the middle of Europe

With two females, Mona and Hula, and a male named Mike, four cubs live in the lake exhibit, the youngest being a five-month-old female born on December 6. So he and his mother Mona discover a giant summer paddock for the first time.

Therefore, this pair was moved first by experts to the summer paddock on Thursday, the rest of the herd joined later. Of course, heavy equipment had to help with the transport of such large and heavy animals, otherwise everything went smoothly and the movement of pachyderms was of interest to passing safari visitors.

One of the largest herds of amphibian hippos in Europe will remain in its exhibition until the end of September, the date of migration will follow the current weather.

Aleš Háma: I have been training black humor since childhood

Fall in pastel colors. It is an inseparable part of spring