This summer, Moscow has no strength to leave: how was the secular week 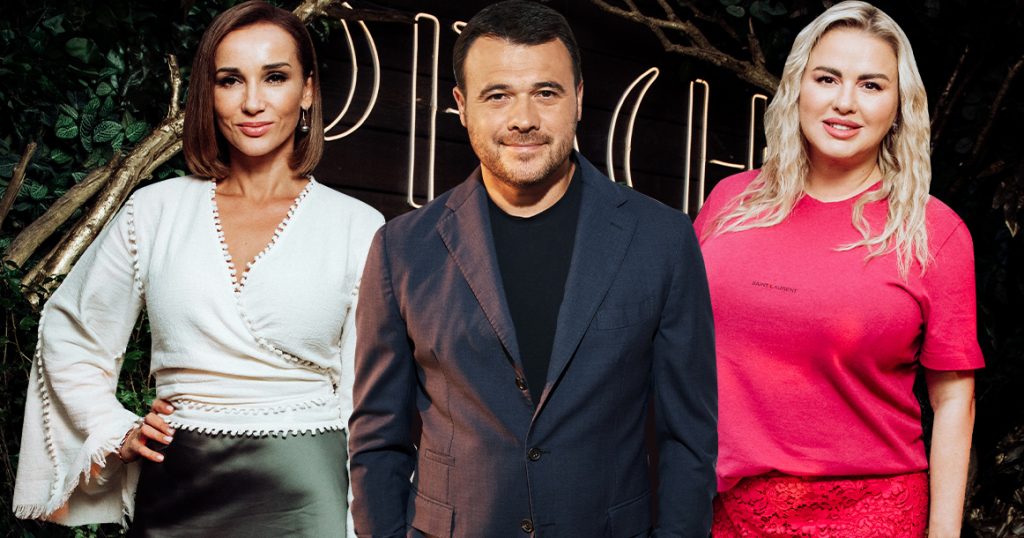 The week started with latex — the artist Sasha Frolova placed a large inflatable flower at Plus Dacha, the most secular venue of this summer.

A flower without performance, like Sobchak without a scandal – money down the drain, so people appeared on the stage, decorated with a variety of inflatable structures such as those that magicians assembled from balloons in childhood. All those present, of course, have seen all this in one form or another more than once – Sasha Frolova, represented by the “promising artist”, demonstrated her prospects ten years ago, when her work was exhibited by the Aidan gallery. But for the first time, the fashionable Moscow audience was able to marvel at her trademark inflated figures of positive colors of Japanese chewing gum for the first time – producer Andrei Fomin and stylist Vlad Lisovets looked at the stage with interest.

The synthetic performance represented a garden of the future, but there was almost nothing from a bright tomorrow in it – the sound of baroque music and electronic rhythms of the theremin disposed to meditation, ballet dancers performed pirouettes in a coordinated manner. But from the sight of the singer in the image of an octopus, everyone undoubtedly perked up: the salvation of mankind in the style of Luc Besson is more relevant today than ever.

Stylist Lena Krygina immediately noted that she did not have the fifth element with her. But we, if anything, are ready to pull out four elements to save the world from the singer, blogger Maria Kravtsova resourcefully added.

Journalist Svetlana Bondarchuk joyfully told that her apartment for dresses, famous for its gloss, turned out to be located above the Patara restaurant that had burned down at the Patriarch’s, but, to everyone’s relief, it was not damaged by the fire. The ex-editor-in-chief of Vogue Ksenia Solovieva immediately cheerfully wrote down the content for her Telegram channel, presenting the vintage Givenchy dress in which Svetlana appeared at the event (the dress code was “bright”, but for most guests it went unnoticed). Everyone was distracted from the ballet by Bondarchuk’s no less impressive legs, soap bubbles filled the stage, the guests were offered a dessert from the Perelman People confectionery “Pearl”, repeating one of Frolova’s figures – the guests dissolved in the alleys of Gorky Park, clearly impressed by the collision with the beautiful.

There was no time for ballet at the Robb Report magazine dinner at Emin Agalarov’s Peach restaurant: it’s not every day that you can see Anfisa Chekhova and Anna Semenovich at the same party. Such a double trouble in the majority of guests on the veranda of the restaurant caused more faith in a brighter tomorrow than all the latex gardens put together. Instead of soap bubbles, diamonds from Alrosa shone here, from the veranda one could see the skyscrapers of City and all these lights of the big city that Emin conquers so cheerfully. The dinner was dedicated to the release of a new issue of Robb Report with Emin on the cover, the guests discussed the interview with him that was released at the same time on the Sagittarius-Molodets channel – despite a half-hour story about the vicissitudes of business in the new realities, Emin’s affairs were clearly not deplorable, the guests thought .

Synergy producer Olga Myagkikh shared her emotions about Konstantin Bogomolov’s Hamlet in Moscow (there were no commendable reviews), socialite Irina Chaikovskaya complained about the cost of tickets to literally any destination, business ladies Olga Panchenko and Lidia Aleksandrova who returned from voyages diligently they wrote down the names of the most fashionable restaurants of the season – Loona is spelled with two O, prompted them from other tables. If the gloss decided to die so beautifully, then everyone was clearly not against it.

Meanwhile, soap bubbles continued to fill the summer air – it turns out that in Krylatskoye you can find a whole apple orchard, where at a picnic of the Fetiche bag brand, singer Victoria Daineko played badminton, designer Katya Dobryakova played table tennis, actress Natalya Bardo swung on a swing, and the founder brand Divno Masha Fedorova was hiding under the willows, contemplating the pond. Tolya sang, Boris was silent, Nikolai shook his leg. The week turned out to be active, everyone wanted tea with marshmallows, pilaf and lie on the grass. July was coming to an end, but Yandex Ultima continued to rush around the city, carrying guests from one party to another. No matter how strange this summer turned out to be, the secular public decided not to leave the city for a long time.

Photo: provided by the press services

Modern ptathlon Kenkov was eleventh at the WC, Vlach was twelfth

A firefighter was injured while extinguishing a fire in Czech Switzerland. He fell off a rock

Sapozhkovskaya secondary school should be included in the program