The summit in Prague could be something like Marshall’s plan for Ukraine, Fiala said 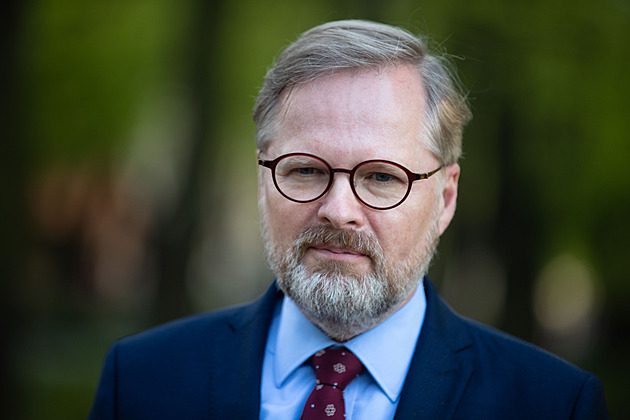 Fiala thus confirmed words of the Minister for European Affairs Mikuláš Bek. “It would be something that would suit the Czech Republic. It has one condition, and that is that the situation in Ukraine will reach a peaceful solution, and unfortunately it does not look like that yet, “said Prime Minister Frekvenci 1. In any case, the summit should take place at Prague Castle, probably in September or October.

“We must believe that Vladimir Putin will understand that his aggression against Ukraine will bring him no results, on the contrary that Russia is losing. He is losing more and more militarily, politically, I don’t even have to talk about that moral condemnation from practically the whole world, “he added.

Fiala also confirmed that the government had withdrawn its intention to hold more presidency-related events in the regions. The main venue will be Prague.

“This does not mean that there will be nothing in the regions, but at the moment it is not realistic for us to do the bigger events outside Prague,” he said. According to him, the financial reasons, the situation in Ukraine or the fact that the previous government directed most of the orders to the capital are to blame.

At the same time, however, he noted that the first event that will open the entire presidency, ie a joint meeting of the Czech government and the European Commission, will take place in Litomyšl. “On the first of July, this event will be one of the beginning of our presidency,” he said, adding that further events were planned afterwards, including a concert in Prague.

Longer emergency? We will consider it carefully

Fiala also said that he would soon co-sign the entry of 103 Czechs into the Ukrainian armed forces. Permission has already been granted by President Miloš Zeman. “I intend to do it very quickly. These are names that go through a relatively complex verification procedure, three ministries comment on it, then it was signed by the president, and my counter-signature is safe from this point of view, “said Fiala.

Regarding the situation at Prague’s main railway station, he stated that the government was dealing with it almost constantly. According to him, there are a large number of newcomers from Ukraine, so problems are inevitable. “They appear and we gradually solve them,” he said. In addition to Roma refugees, according to him, the distribution of newcomers throughout the country also needs to be addressed.

Fiala also stated that he was surprised by the appointment of Aleš Michal as the governor of the Czech National Bank. “It is a sovereign decision of the President of the Republic. I was also surprised by the position he held within the current Bank Board, “he said, adding that the CNB has a key role to play in relation to inflation. However, he noted that a change of governor does not necessarily mean a change in the policy of the entire institution, it depends on the majority in the bank board.

Why the gas is gone? Not only the Russians but also Ukraine benefit from the supplies

ONLINE: Weakened Atltico won the penalty set, in the evening the start of Real