The Shining Ones know how to carve horror out of the most ordinary events of our lives. 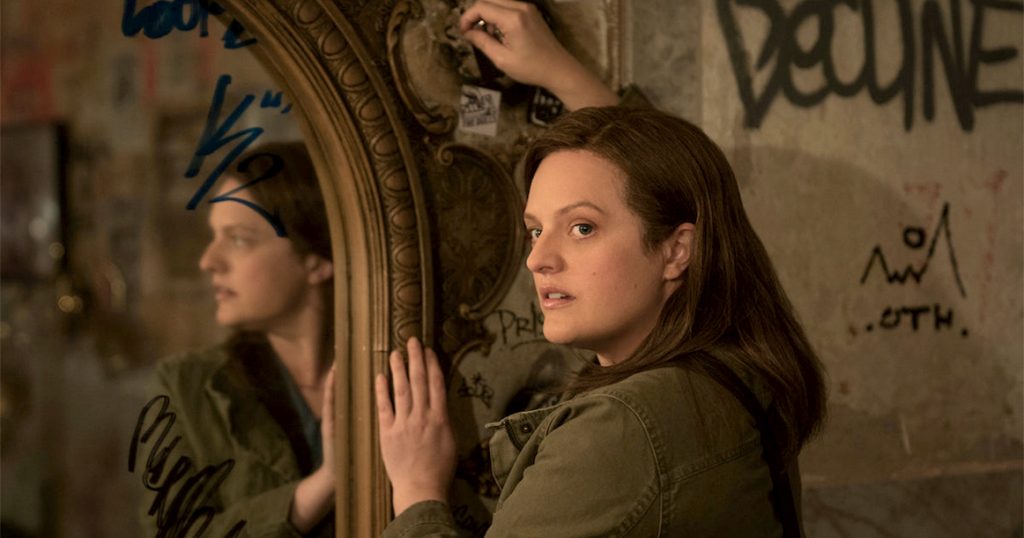 It takes special courage and skill to take on a television project two stars from popular series, one of which has not even ended yet.

The first is Elisabeth Moss, who continues to solo in The Handmaid’s Tale, keeping the audience’s love for the frankly stalled plot. The second is Wagner Moura, who is not yet a full-fledged star, but he unforgettably played Pablo Escobar in Narcos. The series The Shining Ones, the new work of these actors, has nothing to do with the roles mentioned – this is not a development of success, but an attempt for both to go beyond the roles frozen in the minds of the audience.

The series is set in 1992 Chicago. At the Chicago Sun-Times, the somewhat downtrodden but still flamboyant Kirby Mazrahi (Moss) serves as archivist. Downtroddenness has a very specific reason: six years ago she was attacked by a maniac who left a cruciform scar on her stomach. From that moment on, Kirby’s (name had to be changed) life turned into a nightmare, and it’s not just PTSD. The girl is forced to write down in a notebook the smallest details of her life up to the name of the dog – due to the fact that they tend to change suddenly. Either the apartment turns out to be on the third floor instead of the second, or the mother, whom she met just the other day, reports that she has not seen her for several years. Oh yes, one day, returning home, Kirby discovers that she is married to a man who just yesterday was just a colleague of hers. At the same time, the body of a girl who disappeared a couple of years ago is found in the city, and Kirby instantly recognizes in the description the signs of the behavior of a maniac who attacked her herself. Her only ally in the investigation is Dan Velasquez (Moura), a hard-drinking and unkempt but gifted Sun-Times journalist. Meanwhile, on the heels of both is a killer named Harper (Jamie Bell), who first met Kirby as a child, but since then has mysteriously not changed at all – down to clothes.

The word “The Shining” works for moviegoers and fans of otherworldly works in general as a detonator of interest – Jack Torrance from “The Shining” immediately comes to mind. The analogy is not accidental: the novel by Lauren Beukes, on which the series is based, immediately after the publication was complimentary compared with the book by Stephen King. The properties that the characters of Moss and Bell demonstrate are really similar to those that Jack’s son Danny, about whom King recently released a hastily filmed novel Doctor Sleep, showed.

Similarities are also evident at the level of plot construction and intonation. Formally, “The Shining Ones” is up to a certain point more like a Fincher detective story, which is slowly corroded by supernatural inconsistencies, which, towards the end, receive an incredible but logical explanation. This spread of ordinary logic is the main advantage of the series. It turns out that even the most ordinary events can be filled with horror – simply by mixing their sequence in a non-random order. However, the central trio is no less mesmerizing – not only because the roles in the confrontation are constantly changing, but also for the simple reason that Moss, Bell and Moura are just great actors that form a brilliant ensemble. I wish the producers, headed by Leonardo DiCaprio, would come up with some kind of long-running anthology for these three in the future, like Ryan Murphy’s American Stories.

Johnny Depp reveals that Amber Heard defecated in his bed

The Anastasia Makeeva Roman Malkov with his son 2022