the most listened to songs on Spotify during 2021 worldwide

The popularity of Spotify There is no end to broadcasting platforms, and with it their figures year after year have been increasing, especially the number of streams that songs receive.

Spotify is a Swedish multimedia services company founded in 2006, whose product is the eponymous application used to play music via streaming. Its business model is called freemium, which consists of offering a basic free service with advertising and another with additional features – such as better audio quality, free of advertising and unlimited use – through a paid subscription.

During 2021, we have evidenced the popularity of the platform with the huge numbers of streams that received the most successful songs during the period. Artists also increased their stream numbers compared to previous years.

The most listened song of the year on the Swedish platform was the debut single of the new promise of pop, ‘Drivers License’ from Olivia Rodrigo, which currently has more than 1,200 million streams on the platform, only being released in January.

The top 10 has been conformed as follows: 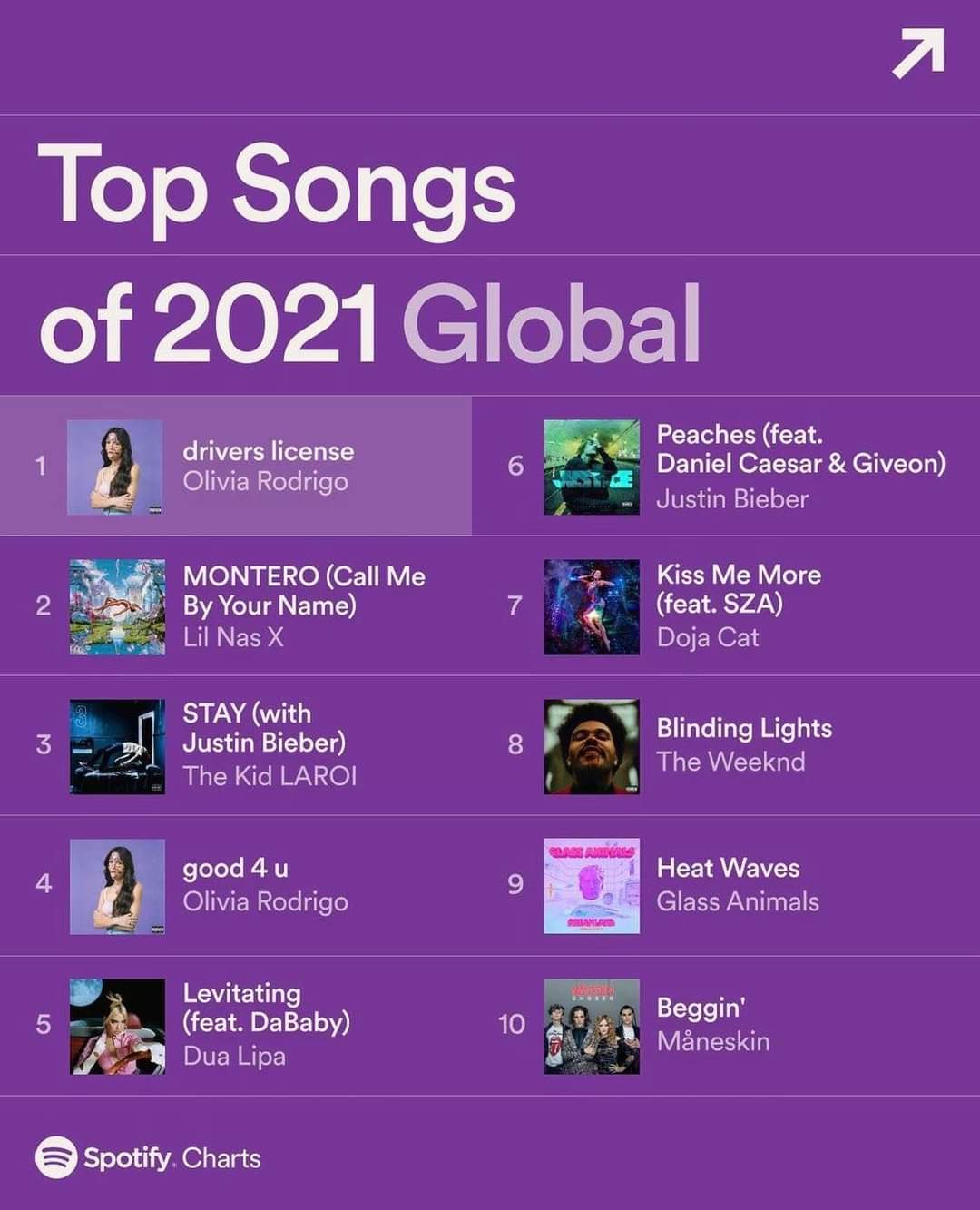 Is your favorite of the year in the top 10?