The coach of the rivals called the Uralochka volleyball player a “monkey”. Sports community demands sanctions

Lokomotiv Kaliningrad coach Andrei Voronkov during the final match with Uralochka-NTMK called the player of the rival team a “monkey”. The statement turned into a scandal – the sports community demanded that the mentor of the winning club at least apologize.

On May 12, during one of the time-outs of the decisive match of the final, Voronkov scolded the wards, who lost the initiative and were inferior in the score. He turned to blocker Valeria Zaitseva and shouted: “Why are you catching this monkey again?” The viewers of the broadcast thought that the coach threw a phrase in the direction of the Cuban striker of Uralochka Ailame Sese Montalvo. The latter is an important attacking link of the Sverdlovsk team.

In an interview with E1.ru, the general director of Uralochka-NTMK, Valentina Ogienko, emphasized that such an insult cannot be explained by the heat of passion during the decisive match of the Super League. She is sure that a public apology and the reaction of the volleyball federation will help to rectify the situation.

“This cannot be justified by emotions. Nikolai Vasilyevich Karpol worked for a very long time, but this has never happened, although in his practice there were much more serious and emotional matches. Even at the Olympics, I have never heard this from any coach. But in our country there are three coaches who are distinguished by such behavior. I think that Andrei Voronkov should make a public apology in the same format as the insult was inflicted. Not that he will call Ailama and whisper in her ear: “Sorry, dear.” This should be on the air of the federal channel, ”said Ogienko.

The press service of Uralochka also stated that the club is counting on an apology from the coach of Lokomotiv. And an end to this situation should be put by the disciplinary commission, which monitors unsportsmanlike behavior during the championship, Sports.ru reports.

Sports commentator Dmitry Guberniev spoke most categorically of all. In his Telegram channel, he called Andrey Voronkov a “racist” and a “shameful”, calling for the Lokomotiv coach to be “crashed out of the profession”.

The general director of the Kaliningrad team, Alexander Kosyrkov, has not yet assessed the incident.

“I’m hearing it for the first time. I was sitting on the podium and did not hear the break. I didn’t see this at all. Right now I’m not up to reviewing some videos and everything else. I’m not going to rewatch the match yet. I’m not up to this a little now, ”he told Sport-Express.

“Uralochka” lost the victory in the hardest five-set only on the tie-break. For the first time in 6 years the team became silver medalist of the Russian Volleyball Championship. But the Cuban athlete Ailama Montalvo will leave the team – the Ural climate does not suit her. She will continue her career at another club. 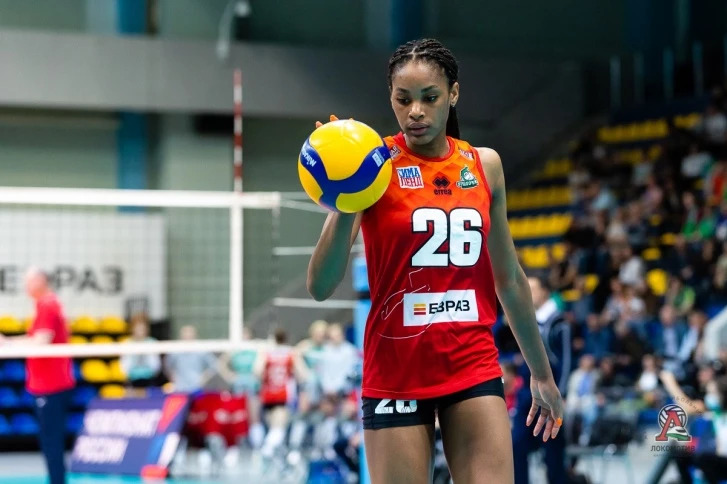 On the expulsion of Russian diplomats from Sofia

Russia may introduce an amnesty for non-dangerous traffic violations