The best player of the league is Holeš, coach of the Bílek season, foreigner Beauguel

Thirty-two selected journalists, as well as captains and coaches of league teams, vote in the League Football Association (LFA) poll.

They select the players of the season, the coach, the personality of the league, the best foreigner, the discovery of the season and in the subcategories they choose the best goalkeeper, defender, midfielder and forward.

The prize in the main category remained in Slavia. After last year’s triumph of Lukáš Provod, Holeš won, with a large majority. Twenty-four voters put him first, thirteen second and two third.

“I am just happy. Especially when coaches and captains evaluate it, “said Holeš.

“I was surprised because we don’t have a title. And I wasn’t as strong on the pitch, I don’t have goals and assists like last season, “said Holeš.

“If we won the league, the prize would take me much better. I would definitely trade her for a title. It’s a little bitter like that. “

Hložek had only six first places, twenty-one was second and nine times third.

The third Staněk appeared in the first place with fifteen voters, four wrote it in the second place and eleven in the third.

Three points were given for the first place, two for the second and one for the third. Holeš achieved one hundred points, Hložek sixty-nine and Staněk had five less.

Michal Bílek from the championship Pilsen received the most votes among the coaches. Twenty-nine times he was in first place, sixteen times in second and eight times in third.

“I really appreciate it, everything is nice now. I am very happy with the title, I like the boys. When you see how happy everyone around you is, it means a lot to me, “said Bílek.

“I’m not dealing with myself, I’m a player and I’m happy about them. If I win something, it’s nice, but not the most important thing. For me, the team is above all, “he emphasized.

At the beginning of the season, it would not have occurred to him that his team would surpass Slavia with Sparta and he had Jindřich Trpišovský and Pavel Vrba.

“We finished fifth last season and my job was to put the team together. I had other worries than thinking about the title or the victory in the poll, “Bílek remarked with a laugh. 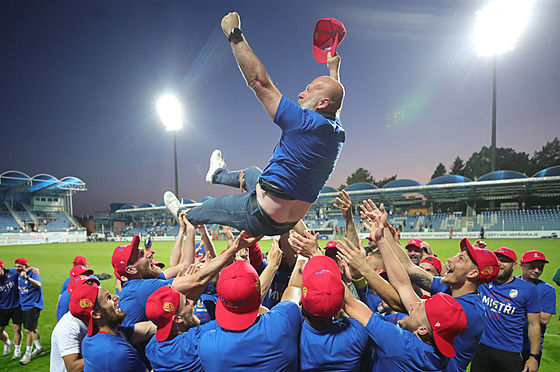 The Pilsen footballers celebrate winning the title by throwing their coach Michal Bílek into the air.

The Slavist Jindřich Trpišovský takes the bronze, he was first on ten tickets, second on thirteen and third on sixteen.

The best foreigner of the Fortuna League is the Pilsen striker Jean-David Beauguel, who won with a big lead over the glorious Alexander Bah, Ewerton in Boleslav and the Spartan Hanck. A total of fifteen foreigners received the vote, including Nico Stancia and Fortuna Bassey, who left the Czech league after the autumn.

Marek Matějovský, 40, is clearly a personality of the Czech top competition. The Boleslav midfielder was first on twenty-nine tickets, second on ten and third on four. He scored a total of 111 points, the second Tomáš Hübschman has 66 points, the third Milan Petržela thirty-three.

With the discovery of the season, the voters chose the nightingale David Jurásk, who dazzled in Mladá Boleslav in the autumn. The second was another Slavist Yira Sor and the third was David Tkáč from Zlín. However, he did not play most of the spring due to injury.

In the Discovery of the Season poll, only players born on June 1, 1999 and younger could vote, and at the same time in previous years, he was not allowed to play more than fifteen matches per season. Spartan youths Vitík, Karabec, Hložek and Čvančara, for example, did not fit into those parameters. 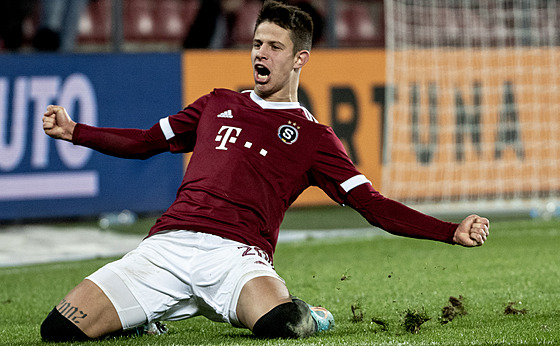 Nineteen-year-old spartan Hložek, who surpasses the Czech league and is individually its best footballer, took second place in the main category and among the attackers. And he also has one triumph, becoming the best player of the season according to a fan vote.

The hockey team will play for medals. In the fourth MS, she beat the sisters

The accident of three cars near Býště in the Pardubice region closed the road to Hradec, one driver died

In an Indian village, instead of names, write a melody. When I have my own