Slovakia may buy other fighters. The F-16 will be replaced by a newer F-35

After twenty years of satisfied operation of the Swedish Gripen aircraft, experts in the Czech Republic believe that it is time for a change. And the change, which was supported by the same purchase in Poland, could be twenty-four “stealth” F-35 aircraft. However, interesting things seem to have started happening to our Slovak neighbors.

Several independent sources confirm that the delay in deliveries by Lockheed Martin, which had already been officially announced to the Slovak side, has forced some high-ranking Slovak officials to consider canceling the F-16 order. The manufacturers, Lockheed Martin, would probably not have any major logistical problems, there are still many customers on the F-16V and so far no F-16s have been produced for Bahrain, which will receive its machines in front of the Slovaks. 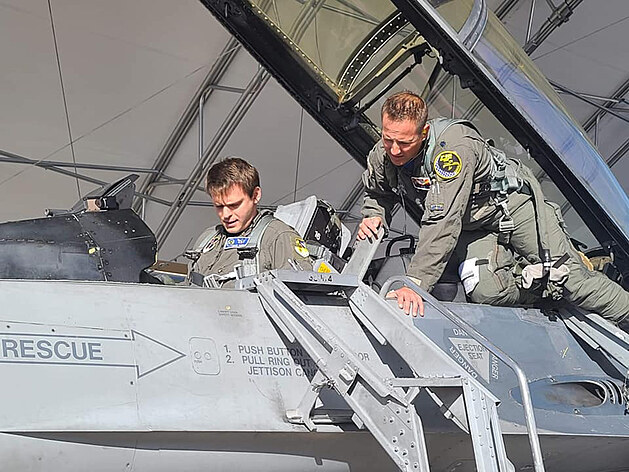 However, in contrast to the expected replacement of the F-16 by the long-preferred Gripen, which was in the finals of the Slovak tender with the F-16, there is reportedly talk in Bratislava army corridors that Slovakia would go the way of acquiring 5th generation aircraft. Of course, the change in thinking was brought about mainly by the war in Ukraine, which affects Slovakia much more than the Czech Republic, because Slovakia has less than 100 kilometers in common with Ukraine and Russian troops operate in the territory immediately adjacent to the eastern regions of Slovakia.

After all, the Czech Republic has a little less problems. The Air Force has already switched from the old Soviet technology to the modern one, especially thanks to the pair of types L-159 and JAS 39 Gripen. The Czech Republic leased Gripen from Sweden until 2027 with the option of a two-year option. As the delivery dates of the new aircraft are being extended, a selection committee was set up under the previous government to recommend further solutions for airspace protection by supersonic aviation. Finally, the Commission noted that it was either possible to continue operating the current type of aircraft with a possible buyout and increase in number, or that it was possible to switch to another platform.

However, the fourteen aircraft that our air force still uses are minimal, and there is general agreement that the minimum number of aircraft for the ACR is twenty-four. If a tender were announced, it is possible to count on the F-16 and F / A-18 types, which participated in the selection twenty years ago. Today, of course, would be new versions of the F / A-18E / F or F-16V. However, the naval “eighteen” has not much chance in our country, as well as the F-15 from the same manufacturer. The F-16 was considered, but the famous “Viper” has a lot of competition in the younger brother of the F-35 Lightning II. Eurofighter Typhoon and Dassault Rafale can be considered from European designs. The latter has won several interesting contracts in recent years, for example in Croatia, and French Defense Minister Florence Parly also spoke about his purchase in the Czech Republic.

However, it is generally assumed that additional gripen rentals, whether current or new versions of the E / F, along with the purchase of the US F-35 are the only viable options now considered. The Czech Republic, if it buys the F-35 (and currently all this indicates), has the highest time to place orders, because the number of customers on the super-run F-35 is increasing and the deadline of 2027 is not really too far in terms of changing the backbone of the Air Force.

If necessary, according to unofficial information, there is even a possibility that the Czech Republic would take over an older version of the F-35 directly from the US Air Force, as was the case in 2004 with Gripen aircraft, which were originally intended to strengthen the Swedish Air Force.

However, if there is an order on the Czech side, it is possible that Slovakia will also join it, not only in the framework of negotiations on military cooperation, which are currently taking place between the two ministries. We asked the Slovak Air Force spokeswoman Martina Kovaľ Kakaščíková about the possibility that the F-35 aircraft would be purchased by the Slovak Air Force in addition to the expected Czech F-16. However, it has denied any action in this regard, so the information remains unconfirmed.

We will have to wait for the development in both air forces, it is certain that the information that travels the corridors of the Ministries of Defense in Prague and Bratislava will provide us with a number of surprises.

Below average performances, the coach praised only the debutant. There is gray left for Olomouc