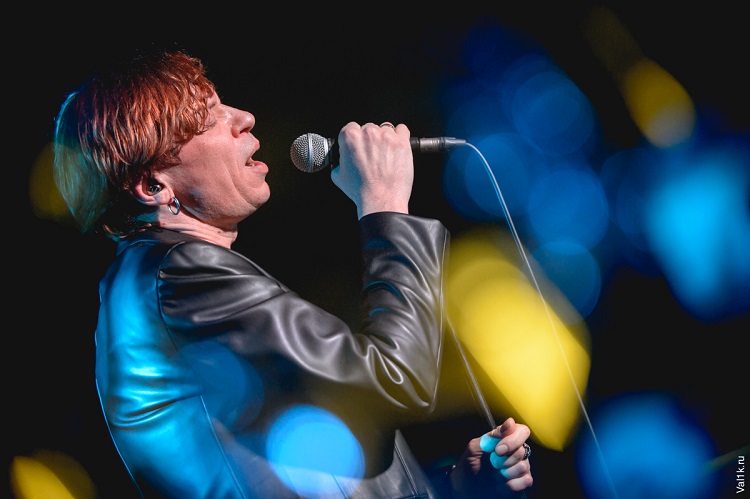 New Year’s holidays left behind a rock and roll aftertaste. One of the brightest these days was the performance of Nike Borzov in the very center of Moscow – on the stage of the Mumiy Troll Music Bar. A motley audience of all ages, rich colors, powerful sound and an addictive psychedelic video sequence – when combined, these elements caused an explosion of emotions, so violent that it can still be reproduced in memory.

Despite the recognizable voice, manners and energy, Nike, like a color-changing chameleon, constantly plays with different facets, shapes and moods, experiments in his own universe, invented by him. If there are people of the world, then Borzov is clearly a man of space. It is no coincidence, perhaps, even in the army, he served in the space communications unit and once said that he wrote most of the songs for the album “Closed” in 1994 in outfits, sitting under a large parabolic saucer. In general, a ticket to his concert guarantees an unforgettable space trip: when you come, you know for sure that you will receive a charge, your “dopamine cocktail”. The beauty is that the ingredients will vary all the time, despite the taste guarantee.

This time the setlist sparkled like champagne. Suddenly, the summer song “Summer Cyclists”, a video for which the artist showed last August, came up organically to the New Year’s mood. This is a cover of the song by the leader of the Obermaneken group, Anzhey Zakharishchev von Brausch. In an interview, Nike admitted that he fell in love with her, “light, pleasant and airy”, as soon as he heard in the early 2000s and constantly returned to the idea of ​​recording it in his own way: “As a result, after 20 years she found a new breath.” The author’s text, however, has been slightly modified – the musician removed one verse, and Haiti turned into Tahiti in his reading.

The Quarrels, which sounded at the concert, also have an interesting story – it was included in the soundtrack to the eccentric, in its own way already legendary film by Roman Kachanov “Down House”. The musician freely, joyfully and relaxed traveled with the audience along all his creative milestones, remembering the psychedelic, impulsive song “I will dream that I am you …” and the romantic “She alone” from the album “Splinter” 2002, “Rejoice” and “Flight” from the disc “From the Inside” 2010, “A Letter from Mary Jane” and “Horse” from “Puzzle” 1997. Yes – without the immortal hits “Horse” and “Three Words” it was not done. And although Nike has gone beyond them for a very, very long time, and they have never been indicative of his work, much more extensive and multi-layered, these songs remain the favorites of many, and the artist himself manages to subtly and organically weave them into the “body” of the concert …

Not without funny remarks. “If people who love Stalin got into symbolism, this song would become their anthem now,” Nike smiled.

performing “Waves of the Past”. It was included in the album “A Drop of the Creator’s Blood” 2020 – an iconic disc, special in sound, meaning and energy, with images of Hieronymus Bosch on the cover and songs about the connection of times, a person with the highest, about eternity and the illusory nature of boundaries. This is Nike’s last studio album at the moment, but a new one will be released in the near future. “It will be a two-act piece of music. Here is one of the songs that personifies the state of the hero in the new reality, ”the musician commented on the song“ Sick and Evil ”, which became a bright accent in the program. It will be part of the upcoming work and was released as a single back in November 2020. “I’m not interested, I’m cramped everywhere. Move away, don’t stand with me! I am evil, I am sick! ” – sings Borzov, and these words today resonate with many who are able to simultaneously be inside and outside what is happening, watching him. Starting work on the new disc, Nike said that it would all be “evil, straightforward and cold”, the antipode of “A drop of the creator’s blood.” The concept of the play is intriguing. It remains only to be patient and wait for what happens in the end. Well, the festive concert, of course, ended on a joyful note – “Riding a Star” and “For Love”, which Nike wished everyone in the new year.