Nayem named everyone who helped save him / Photo: Collage: Today

Lawyer Masi Nayem published his photo for the first time since severe head wound and surgery. He congratulated everyone for whom this is a professional holiday on the day of the doctor, and told who helped save his life. Nayem posted his post in Instagram.

“I remember the moment of injury and several moments during transportation. But I didn’t see people, because my whole face was covered in blood. My brother Mustafa Nayem helped identify everyone thanks to whom I am alive. So, my life after the injury was presented to me by my brother, the drivers who helped to evacuate And of course, my relatives, who are always there.As the doctors said, after such an injury, few people remain conscious, but my brain was preserved and I think freely and even analyze everything that happened.
Therefore, today publicly and every day about myself, silently, I will thank everyone who helped save me,” he wrote. 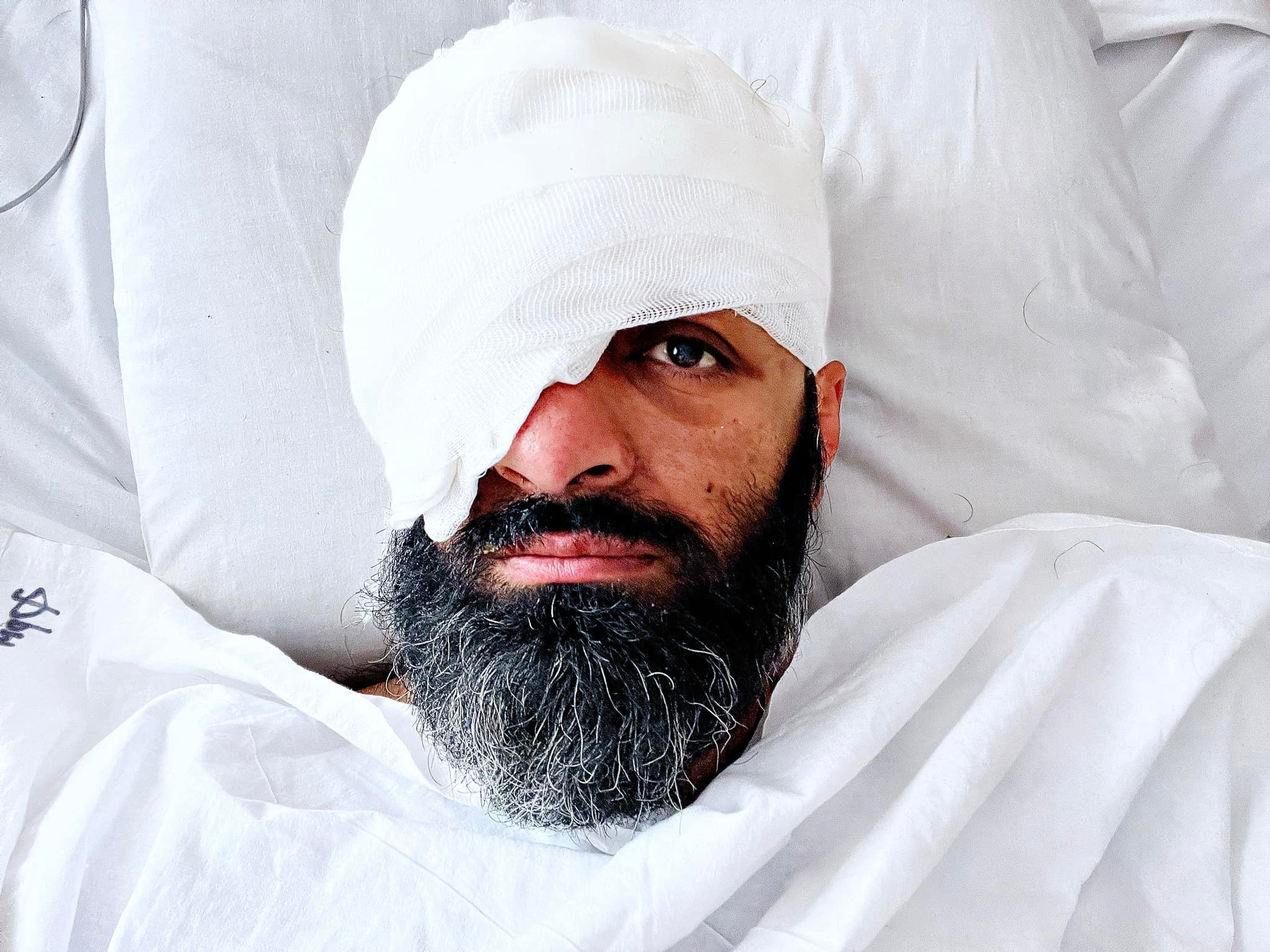 In his post, Nayem listed by name everyone who was involved in his rescue, and expressed his gratitude to them.

He was taken from the scene to Slavyansk thanks to his colleague Biker. In Slavyansk stabilized local doctors and staff of the First Volunteer Mobile Hospital. Mykola Pirogov (PMSH) is the largest Ukrainian non-governmental organization of medical volunteers, which provides assistance to the wounded at the front and is implemented in cooperation with the Ministry of Defense, the Ministry of Health, the General Staff of the Armed Forces of Ukraine and the National Security and Defense Council.

The team of MOAS, the international humanitarian organization Migrant Offshore Aid Station, which was founded in 2013 to rescue migrants on the Mediterranean coast, transported to the Kramatorsk hospital. In Ukraine, the team has about 20 ambulance crews and is coordinated by a group of foreigners led by two Afghans from Kabul, Said and Zamir.

In Kramatorsk, the surgical intervention was carried out directly by a team based on the third medical company:

From Kramatorsk to the Dnieper, the same MOAS crew was evacuated, consisting of a Ukrainian driver Taras, paramedic Viktor from Turkey and an anesthesiologist from Poland. Taras had a birthday that day.

In the Dnieper, the team of Sergei Anatolyevich Ryzhenkov, the head physician of the hospital named after V.I. Mechnikov. The operation itself was performed by Andrey Grigorievich Sirko, head of the neurosurgery department.

On June 5, the brother of the Deputy Minister of Infrastructure Mustafa Nayem, the well-known lawyer Masi Nayem, was seriously injured at the front. He was taken to a hospital in Dnipro, where he underwent an operation.

“My brother is alive, he was operated on. He has a severe shrapnel wound to the head, multiple bone fractures and an intracranial hematoma. Now his condition is still serious, he is in a medical sleep, on an artificial respiration apparatus. Doctors say that the next few days will be decisive in his recovery “, – Mustafa Nayem reported the day before.

June 6 Masi Nayem came to my senses and postedin which he spoke about the consequences of the injury.

Ryazan heard the verdict for a crime nine years ago –

Is the forecast disappointing? What will happen to gasoline prices very soon