Moscow cinemas now sell tickets for a Russian film, but show a Hollywood one

Moscow cinemas now sell tickets for a Russian film, but show a Hollywood one

Formula Kino and Cinema Park, the largest cinema chains, have found a way to show Hollywood films bypassing all restrictions. Alexey Vasyasin, CEO of the network, called the new service a “film product” – tickets for it will be sold from August 1, that is, from today.

“Kinoprodukt” is when you buy a ticket and pay for a Russian film, and along with it (a bonus) for “foreign video materials”. But this bonus is of paramount importance – films from Hollywood studios that do not have a distribution certificate in Russia act as “video materials”. For example, you buy a ticket formally for the Russian film Koschey. Beginning”, and go to watch “Minions. Gruvitation ”- it will be shown before the session. The Russian film will be shown next (but no one is forcing you to watch it – you can get up and leave the hall as soon as the Minions are over). There will be a 15 minute break between parts of the session. 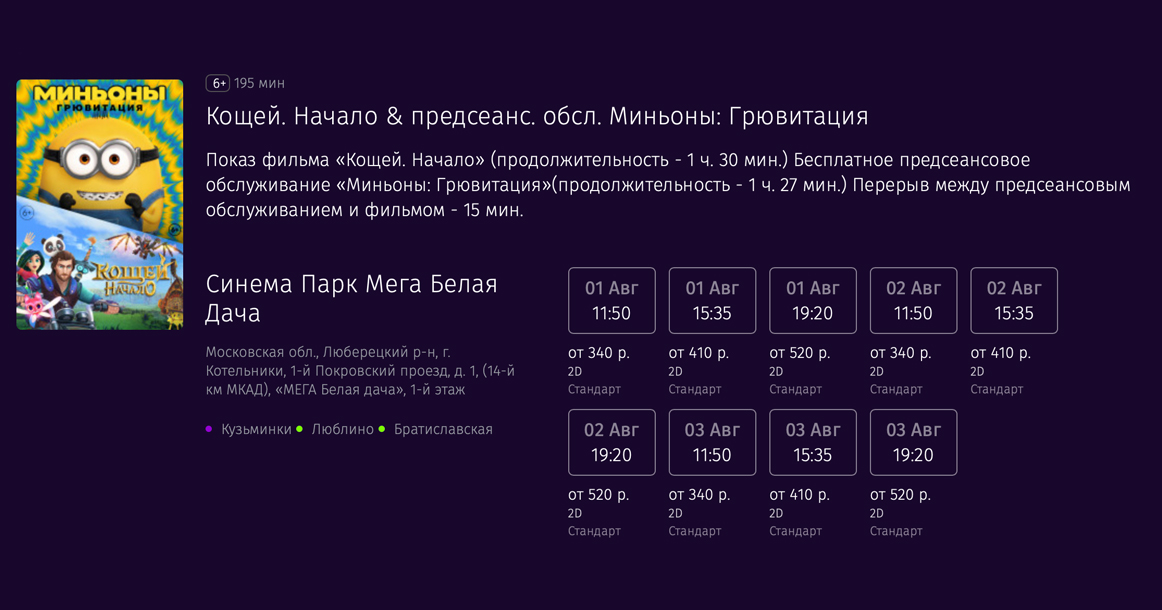 Vasyasin specified that in the future, “any film by a foreign studio that left Russia” could be included in the service. From where they will take copies, the general director of the network did not specify. Tickets for such a very long session will cost from 168 to 670 rubles.

Separately, it is interesting that the money from the sales of the “film product” will be shared only with Russian distributors and producers. But it is impossible to imagine otherwise in such a situation.

I have a penis and mv with him in atn! The swimmer described the troubles with the transgender soap

The breakup won’t happen, let’s date again like we were young, Tom Klus assures us