Nikolai Alexandrovich Alekseev (1852–1893), to whom Moscow owes the birth of water supply systems, belonged to a glorious merchant family, descended from the peasants of the village of Dobrodeevo, Yaroslavl province.

The ancestor of the Alekseevs, Alexei Petrovich, married the daughter of a groom, Count Peter Sheremetev, moved to Moscow and in 1746 joined the merchant class. It was from him that the branches of the numerous Alekseev family, who brought much benefit to the fatherland, went.

Perhaps the most famous representative of the clan was Konstantin Sergeevich Alekseev, who took the stage name Stanislavsky. Nikolai Alexandrovich Alekseev was the cousin of the founder of the Art Theater.

An energetic man, Nikolai Alekseev had the reputation of a generous philanthropist, entrepreneur and politician. He held the post of Moscow mayor from 1885 until the day of his tragic death on March 13, 1893. Alekseev was killed in his own office. The mentally ill shot him right in the stomach, and the doctors could not save the Moscow mayor. It is significant that it was Nikolai Alekseev who initiated the creation of a psychiatric hospital at Kanatchikov’s dacha.

The most important undertaking of Alekseev was, of course, the construction of a pumping station behind the Krestovskaya Zastava. Part of this industrial red-brick ensemble, a two-story administrative building (Novoalekseevskaya street, 16, building 10) of the Alekseevskaya water station built in 1892, an object of cultural heritage of regional significance, is currently under restoration, the final of which is near. 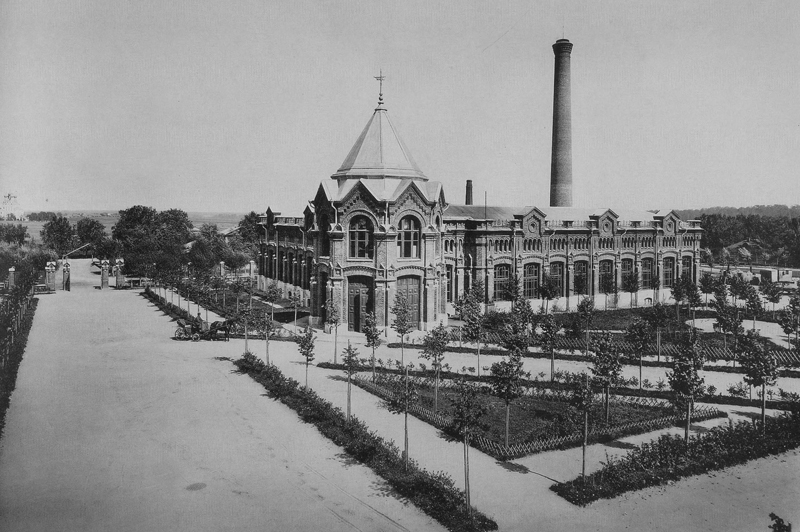 The facades of the Alekseevskaya water pumping station, as the locals called it, a vivid example of red-brick industrial construction in the pseudo-Russian style, have been put in order. During the restoration, special attention is paid to the brick decor of the building. The chimney found inside the building was cleaned, the internal ceilings and vaults were strengthened, the original floors made of Metlakh tiles were restored, and the basements were repaired. The ensemble also includes a reservoir vestibule with a large arch, a boiler building with a chimney, a gatehouse, and brick gates with wrought iron bars. 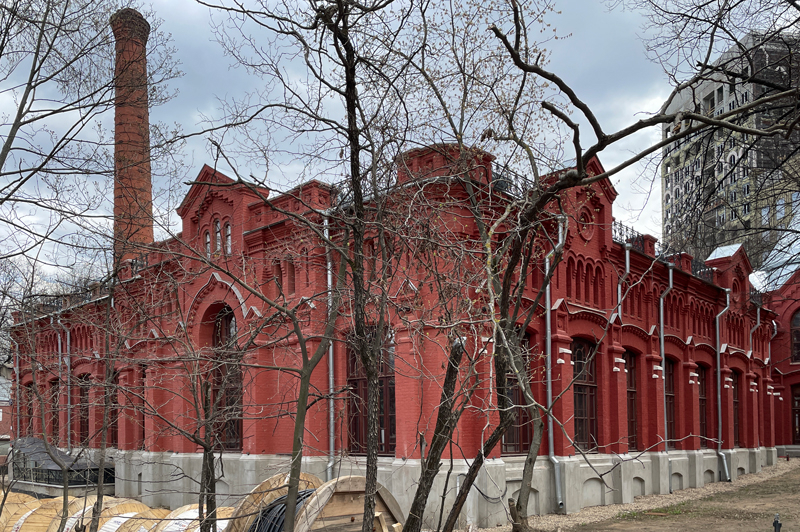 Maxim Karlovich (aka Wilhelm-Eduard Maximilian) Geppener, a very prolific architect, was the author of the project for the entire complex. A graduate of the construction department of the Polytechnic in Karlsruhe and the Imperial Academy of Arts, Geppener held the position of chief architect of public services during Alekseev’s tenure as mayor. In the significant list of buildings of the architect with German roots, there is one more, which is probably well known to Muscovites. And this is the Sokolnicheskaya fire tower on Rusakovskaya Street, at one time, namely in 1863, which was one of the tallest buildings in the city.

Geppener worked in the forms of eclecticism, which dominated during the time of his creative development. Especially the master showed himself in working with such material as red brick. The walls of the buildings of the Alekseevskaya station complex demonstrated the method of open masonry. Graceful decorative elements were made of hewn red oversized bricks covered with paint. 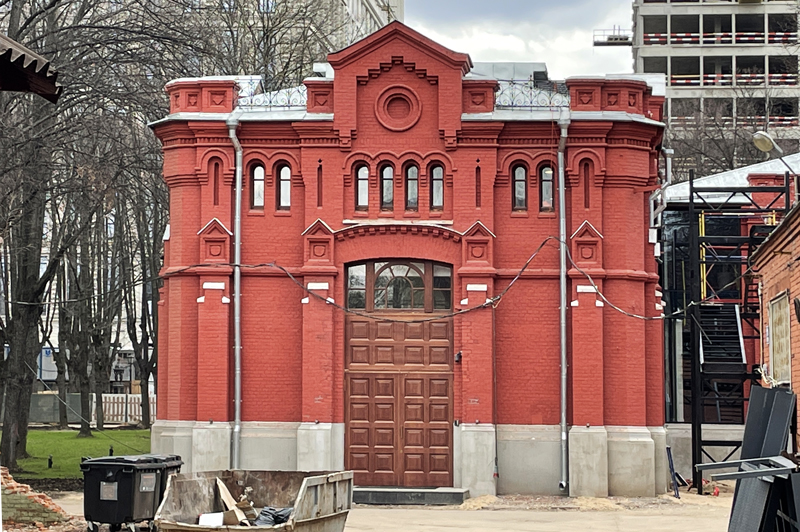 As for the name of these places, the village of Alekseevsky, this toponym does not refer to the name of the mayor, as it might seem, but to the now lost stone church, consecrated in the name of Alexy, the man of God, to please Tsar Alexei Mikhailovich Tishaishy.

In 1781, the Mytishchi water pipeline, created under Catherine II, passed through the village of Alekseevskoye. Mytishchi, where the water was taken from, was located at a higher elevation compared to Moscow.

Lieutenant-General, head of the Hydraulic Corps Friedrich Wilhelm Bauer then designed the water supply as gravity. Water was supplied to five water fountains – on Lubyanskaya, Theater Square, Voskresensky and Varvarinsky, as well as in the fountain opposite the Sheremetev Hospital. 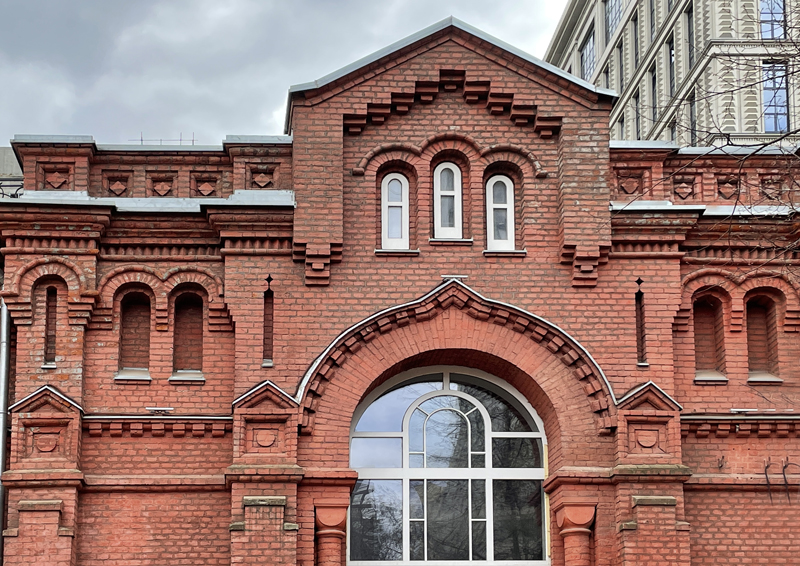 The pumping station received powerful steam engines. The process no longer depended on the terrain. Pure upper Yauz water rose to the Alekseevskaya water pumping station and went to two reservoirs of the Krestovsky water towers, 300 thousand buckets each. Cast-iron pipes stretched across the city, 26 water intakes were arranged. 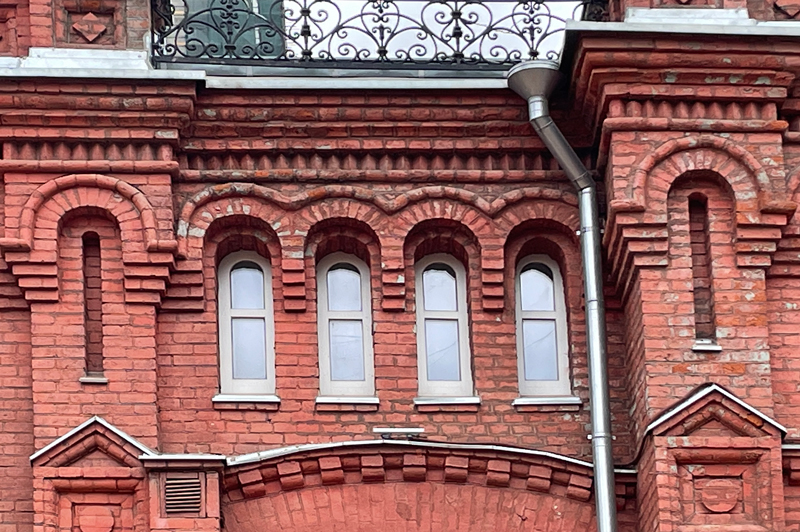 When Maxim Geppener completed the construction of the building of the Alekseevskaya water station, a commemorative marble plaque with a gilded coat of arms of Moscow appeared on the facade. The text was embossed on the board: “This water pipeline, supplying the city of Moscow with Mytishchi water, was built in the reign of Emperor Alexander III under the Moscow Governor-General Grand Duke Sergei Alexandrovich thanks to the vigilant energy, care of the Moscow Mayor Nikolai Alexandrovich Alekseev and the work of the City Public Administration, the highest established Commissions chaired by Engineer Ivan Fedorovich Rerberg, chief engineers of the builders of the water pipeline: Konstantin Gustavovich Dunker, Nikolai Petrovich Zimin, and Alexander Petrovich Zabaev and with the assistance of architect Maxim Karlovich Geppener. The board, unfortunately, has not been preserved, as well as the Krestovsky towers, dismantled in the 1940s with the expansion of the Yaroslavl highway and as unnecessary, because the Eastern Water Station was put into operation.

The Alekseevskaya station was transformed into the repair shops of the Moscow water pipeline, and then into the Vodopribor plant.

House of the Week: Big Cathedral of the Donskoy Monastery

Tom Chaos was buried at the cemetery in Mytishchi

Down with business lunches! “House of Cultures” invites you to remember the good old lunch