From the busy center, the museum in Telč is moving to picturesque streets 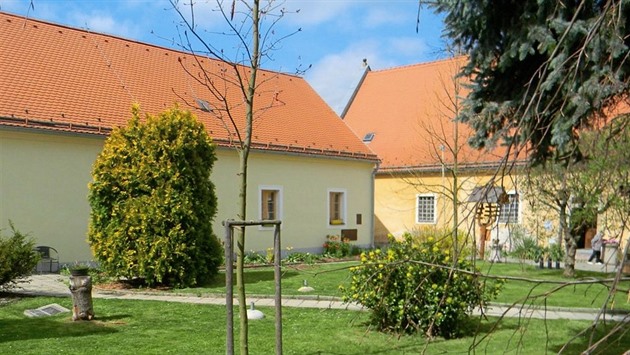 “After years of relocation and temporary solutions, the Telč branch will thus gain long-term facilities and premises for exhibition and professional activities,” said Karel Malý, director of the Museum of Vysočina Jihlava, to which the branch belongs.

In 2018, the Telč Museum in the Vysočina region lost premises in the chateau complex, where it had been located since the 1960s. The National Monuments Institute no longer counts on the museum’s exposition as part of the extensive reconstruction and expansion of the castle’s sightseeing tours. The museum therefore had to move to the temporary premises of the University Center and limited its work to research activities, lectures and exhibitions, which were in other halls and premises.

The regional office, the museum management and the Telč town hall have been looking for suitable premises for the museum’s branch for several years. There were several places where the museum could relocate. One of the hottest candidates was the former Jewish synagogue. This eventually came to an end, and the building of the former home for the elderly proved to be ideal.

The seniors moved to a new home and the listed 17th-century building, which previously served as a hospital, remained empty. The city, as the owner, was looking for a use for it.

An entire wing will be used for exhibitions

In order for the house to serve exhibition purposes, reconstruction was necessary. “The work is more or less over now. The partitions were demolished, new floors and dehumidification were made, and all electrical installations were new. The yard and garden were also being renovated, “said the mayor of Telč Vladimír Brtník.

Most of the building will be used by the museum. “We would like to use one whole wing for exhibition purposes. In the autumn, we want to open an exhibition dedicated to the phenomenon of peat bogs. It is created as part of a cross-border project and will be called The Fragile Beauty of Peatlands. He will examine this phenomenon from different angles, “the museum director outlined.

“In the future, there will also be an exhibition dedicated to the Telč region. The next part of the building will house the museum, including offices and offices. We will also use part of it as a depository, “added Malý, adding that this year the museum staff will be waiting for a big move. The Telč branch is expected to start operating completely from the new season.

One quarter of the building will be available to Telč associations, including the local museum association. “But now this part will be suitable for accommodating several families of Ukrainian refugees who are temporarily in the University Center. We should adjust these spaces for them within a month so that they can use them, “added Mayor Brtník.

Outside the center, but in picturesque corners

The building of the former home for the elderly is located in the Old Town area. It is an area that belongs to the oldest corners of the city. Thanks to its picturesqueness, small family houses, narrow streets and specific atmosphere, it aspires to another interesting tourist destination. However, tourists have not yet completely discovered it. According to the mayor, this area has great tourist potential.

“We are thinking that a café, pastry shop or wine bar could be established in one part of the former home for the elderly. We consider this another attraction that could attract tourists as well as locals. The house has a garden that leads to the pond. And although there are a number of ponds in Telč, there is not a single café, restaurant or other establishment on the shore of the pond. And people might like such a sitting, “the mayor added.

Man with a penis on his forearm. He cultivated it for six years for transplantation

Karolna Kopncov: We want a wedding in Italy on the beach

It was not a friendly meeting. The Austrian chancellor met with Putin in Moscow

The famous alcoholic series has to sell his beloved house