Factory dynasties. Moslift: the Alyoshin family and the Tolstov family

“I have been working at Moslift for almost 35 years. In total, we employ about 3,000 people. These are people of factory professions – engineers, locksmiths, turners. And other specialties – from lawyers to marketers. So I have been working all my life at the plant, although I am responsible for an adjacent, not “factory” direction. In order to deliver our products to consumers and properly maintain elevators, we need logistics: we have our own transport. For the maintenance and support of cars in the best condition, I have been responsible for almost my entire life, ”says Nikolai Ivanovich Alyoshin, the hero of our dynastic-factory section.

Nikolai Alyoshin got into the company by accident. Born in a place near Moscow with the beautiful name Silver Ponds, he lived nearby – in Maryino, and the Avtokhozyaystvo bus stop near Moslift became fateful for him. Prior to that, he worked at ZIL, and when he came to Moslift, he stayed behind the steering wheel. Having been a driver, he drove emergency teams, rose to the head of the Center for the maintenance and repair of vehicles.

What is Moslift? This is also a machine-building plant, which annually produces about 1.5 thousand elevators. And the largest elevator service company in Eastern Europe, which is in the top 5 European enterprises in the industry in terms of service portfolio. Of course, it is better than the manufacturer himself, responsible for the operation of the equipment, and you can’t imagine. Moslift has its own emergency service and service center.

The Alyoshin family is scattered like cogs in different workshops of the enterprise, but now they have come together to tell about one more family member – Moslift. Summery dressed in a short-sleeved plaid shirtoh, niKolai Ivanovich looks at his son sitting next to him with pride.

When Dmitry was little, his father took him to the factory Christmas trees in the recreation center Zueva on Lesnaya. And already from the age of fourteen, Dmitry, together with his father, played for the Moslift team at the Spartakiad – they played mini-football.

“We have had common interests with our son all our lives: what is interesting to him is interesting to me.” It was dad who brought Dmitry, the youngest son, into the elevator industry: as a student, the son had an internship in the commercial department of a car service, which pleased Nikolai Ivanovich – there was no need to worry. Dmitry stayed at Moslift: he has been working in production for 15 years. At the age of 23, he already became the head of the manufacture and repair of the main drive of the elevator – the mechanism by which the cabin rises and falls. Now he oversees the manufacture of winches for new elevators and the maintenance of old ones, subordinate to 25 people: “I have no competition in my work, so you can compete in football between branches, almost like in childhood” – friendly matches were often held before the coronavirus. Dmitry does not see competition for Moslift either: he believes that even in the current situation of forced import substitution, the capital’s elevator industry has great potential – the Strizh line was invented in just a year, and now the elevator is being produced in several trim levels.

Dmitry and Nikolai Ivanovich have not been working together for a long time – they are scattered over the large territory of Moslift in the Lower Fields: the father is in a car service, the son is in production. But at home, conversations about work do not stop: “Sometimes we will spend the whole evening together – we part, but we have not discussed family matters.”

This is a problem not only for the Alyoshins, but also for the Tolstovs, for whom Moslift and the family are also identical, but we met with them in a completely different place – at the other end of the city, because in addition to the fact that the territory of the production itself is large, the branches of service companies are located on throughout Moscow. Moreover, Moslift is an absolutely holistic production: speaking in the plane of two dynasties, the Alyoshins produce, and the Tolstovs serve.

We meet with the Tolstov dynasty in the branch of specialized department No. 15 (SU-15), which maintains more than 15 thousand elevators in four districts of the capital – SAO, SVAO, SZAO and CAO.

Sitting in a long meeting room of a classic interior for municipal institutions with linoleum and closets filled with folders – as it turns out later, in each of them the story of one elevator, we can’t start a conversation. The main character of the material – the one who is at the head of the Tolstov dynasty – is constantly distracted by his colleagues: they cheerfully greet him, pat him on the back like a brother, learn about business. Vladimir Vladimirovich has been working at Moslift since 1981 – he got a job here exactly thirty years after the establishment of the organization: “Whatever one may say, most of life is here.”

There are three more men at the table: stocky, knocked down, dense – these are the nephews of Vladimir Vladimirovich, the sons of his sister. And there were five children in the family. Surprisingly, they all have the same surname: the mother’s maiden name coincided with the husband’s clan. “The fertile Tambov land brought up us, strong fellows, with work. The entertainment was a shovel, a scythe and an ax. He does not hesitate to tell that he once helped his nephews-godchildren to get a job at Moslift, and he himself got here as a family: his brother, who was in charge of public utilities at the Tushino Machine-Building Plant (where the Buran orbital ship was designed), recommended .

Vladimir Vladimirovich is proud: there is only one entry in the labor record – Moslift. He remembers the day he came here – September 21, he remembers his first address, which he went to as part of the brigade – Tallinskaya, 24, entrance 8. He started as an electrician, then, on the instructions of a senior comrade, he became a foreman, which he was very afraid of. He talks about his first steps: “From the lowest level, he started to work, as Gennady is now (this is one of his nephews, he, ruddy, in blue work overalls, is sitting next to me). An electrician is the most valuable profession, it is remembered when they enter the entrance of a high-rise building with heavy bags or with a stroller, but the elevator does not work. When Vladimir Vladimirovich worked in this position in a country with a different name, 20 elevators were assigned to him, which he serviced during the year: an elevator undergoes four MOTs per year – a month, after three, after six, and the final, annual one. But behind the brigade of Gennady – 180 elevators in the North-East Administrative Okrug. 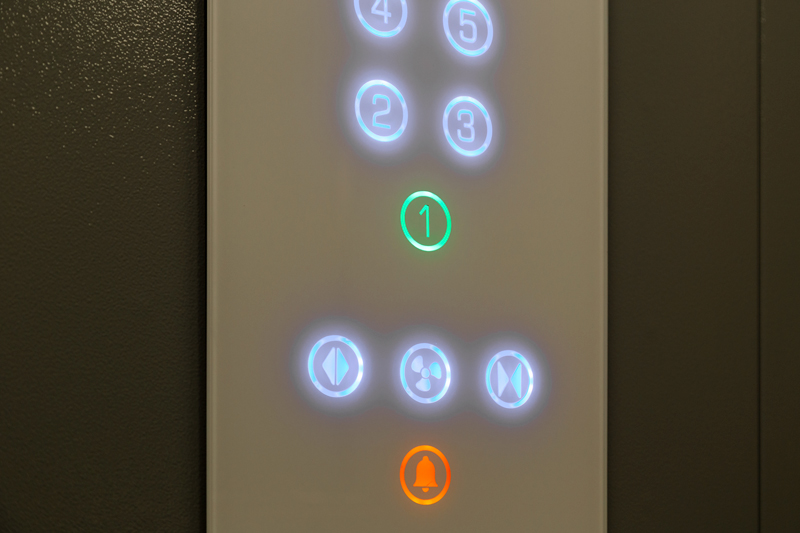 Gennady remembers how in the late 1990s, after working for several years at Metrostroy, where wages were not paid for several months at an uncertain time for the country, he came to Moslift on the advice of his uncle. I have not forgotten how I went with one of the brigades to Strogino. The nineties – the time of Luzhkov and still open attics, Gennady went to the roof of the capital’s tower and saw all of Moscow, then he realized “how great it is to work at Moslift”. He recalls his favorite episodes from practice and negligent residents, our hero has been working at Moslift for 11 years – he measures the term according to the age of the eldest child.

Another nephew, Vladimir, came here 20 years ago – in June he will celebrate the anniversary of his work at Moslift. After graduating from a medical school and having worked for several years in a polyclinic, he decided that “many professions are fading, but Moslift is eternal, stable.” Alyoshin Sr. told us about this, almost word for word: “Even in the nineties, wages were paid day by day, hour by hour.” From a rigger he rose to the rank of deputy head of the emergency service. Just a little moreb, and take the position that was his uncle.

Vladimir Vladimirovich remembers those nervous years when he was in charge of the “emergency emergency” and he himself went to eliminate accidents. Vladimir Vladimirovich ensured that in 2001 at least one of the employees of each brigade received the status of a rescuer, conducted explanatory conversations about the safety of using elevators in schools.

Since 2018, he has been the head of the Moslift Situation Center (Central Emergency Dispatch Service). “Thanks to the information that comes to us through 112, I know everything that happens in Moscow,” shares not without pride. He is a logistician, and an operator, and a rescuer – otherwise, according to Vladimir Vladimirovich, the boss cannot be good.

– Did you want to leave Moslift?
– Every day! he smiles.

Yuri is silent at the table. He is the cousin-nephew of Gennady and Vladimir, although they are the same age, they even sat at the same desk in the village. In Moslift, Yuri, by the standards of relatives, is recent – only five years as a driver. “Did someone in the village advise you to come to us?” – Vladimir Vladimirovich tries to remember. In fact, the Moslift Tolstov dynasty is not only the four strong Tambovites who are sitting at the long table in front of me, it is much wider. Vladimir Vladimirovich begins to finger the distant relatives who work here, there are more than ten of them. But he doesn’t remember everyone, he doesn’t know: “I come to the village one day for my aunt’s funeral, I meet my colleague from Moslift. I ask why is he here? It turns out that my aunt — and his aunt!” – laughs.

At one time, the son of Vladimir Vladimirovich Anton and the daughter Alesya worked as couriers in Moslift. Now they are students, Anton – MGSU, Alesya – Stroganov.

Long after the collapse of Sparta: Rosick has nothing to do with Letn, Jankto is an idiot!

The school fired the teacher for pro-Russian statements about the war. He expects a legal battle