End of the underground | Musecube 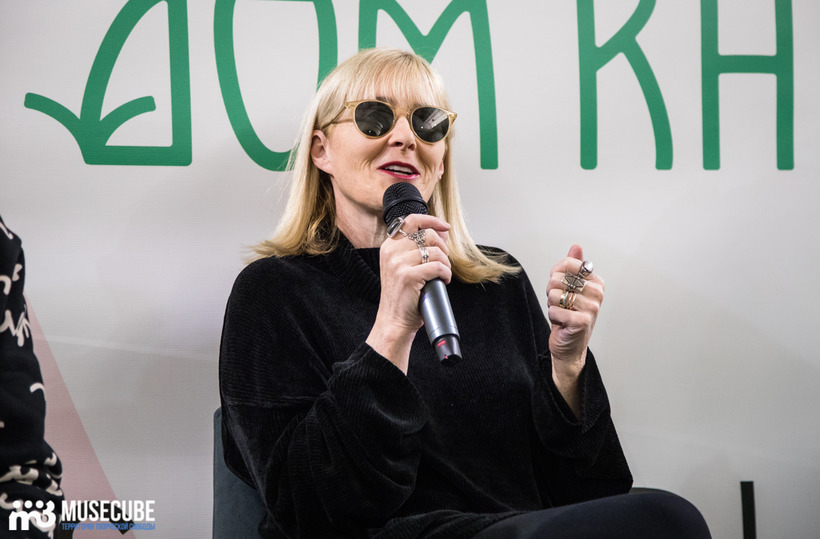 On January 8, St. Petersburg hosted a creative meeting with the American singer, actress and producer Joanna Stingray, who broke into the Soviet Union in the 1980s and changed the course of Russian musical and artistic life. The tiny hall of the House of Books was crowded with eager to see the famous benefactress live and ask her a variety of questions – about meeting and communicating with the celestials of Russian rock, wedding dress, vaccinations and political protests. But the reason for the rendezvous was the presentation of another book by the muse of Leningrad and Moscow rock musicians.

“Russian rock music. The End of the Underground “became the third album of exclusive photographs, documents and interviews of the author with the most iconic persons of Russian culture – Boris Grebenshchikov, Viktor Tsoi, Sergei Kuryokhin, Mikhail Borzykin, Sergei” Africa “Bugaev, Konstantin Kinchev and other rockers. The events captured in these tomes are described in great detail in the first two volumes of Joanna’s memoirs. It is not for nothing that they are called “Stingray in Wonderland” and “Stingray Through the Looking Glass”. 30 years ago, Joanna faced adventures that the fabulous Alice never dreamed of. What was it worth every time to cross the border of the USSR and bring with you musical instruments, equipment, or clothes! But the most incredible and truly heroic act was the smuggling of records of Russian bands and the opening of our rock musicians (and later – Soviet underground artists) to the Western world, when in 1986 Stingray released the first ever official release of Soviet rock music in the United States. – compilation album with songs from “Aquarium”, “Cinema”, “Alice” and “Strange Games” “Red Wave: 4 Underground Bands From The USSR”. It is not surprising – they immediately started talking that Joanna was an American agent specially introduced in the USSR to destroy socialism (as is relevant after 35 years!). But in reality, Joanna has built a solid cultural bridge and restored the exchange of great art between the West and the Land of the Soviets.

Fortunately, Joanna Stingray has saved thousands of photographs, countless hours of video footage of concerts, rehearsals, interviews with musicians and artists, which she made with her sister Judy Fields in the 1980s and 1990s in Leningrad and Moscow, and now anyone who wants to touch that era there is a possibility. In addition to the already published books, the American rock lady promised to release at least four more, and it is already known that the next volume will be devoted to the life and work of the leader of the Kino group, Viktor Tsoi. Also not far off is the creation of a documentary film about the Stingray’s adventures in the USSR, based on videos from her personal archive. And we just have to manage to absorb what has already been published and wait for new news from Joanna from America.

How to choose a pump for a well