Embassy of Poland in Moscow doused with red paint

The action looks like a kind of revenge. On May 9, Russian Ambassador to Poland Sergei Andreev and people around him doused red paint right during the laying of flowers at the memorial cemetery in Warsaw. In addition, there was desecrated sculpture depicting two Soviet soldiers.

Today, the Ambassador of Poland was summoned to the Russian Foreign Ministry, where he notifiedthat our authorities are waiting for an official apology from the leadership of Poland for this attack, and also demanded to ensure the safety of Russian diplomats. 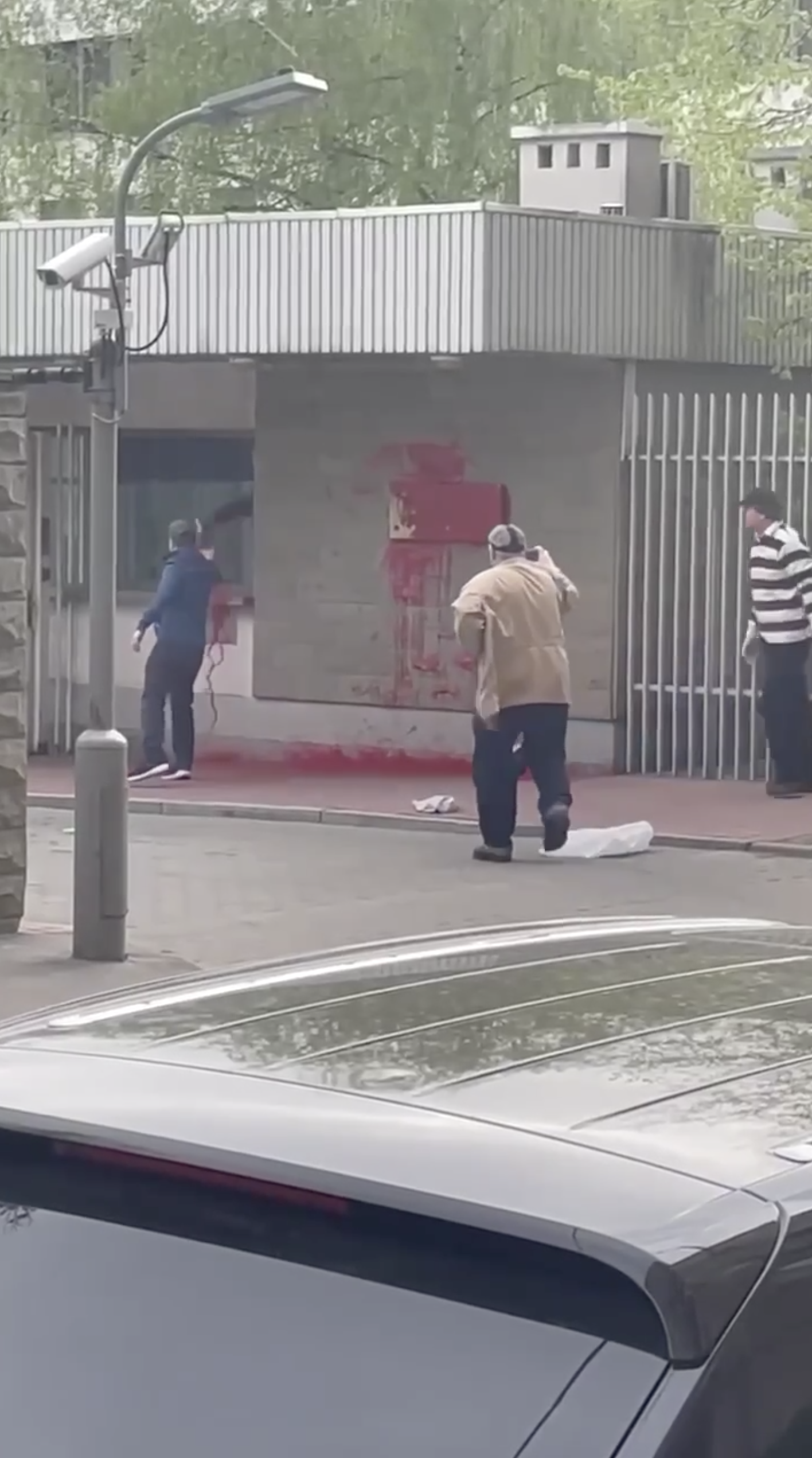 And already that evening three adult men doused Red painted checkpoint of the Polish Embassy in Moscow. In a video filmed by an eyewitness, one of the attackers pours water over a sign that the Polish embassy is located on this territory, and then the second one sprays the glass of the checkpoint and a mirror for drivers. The third person takes everything that happens close up.

It is not yet clear whether the Polish Foreign Ministry will demand a reciprocal apology.

Writer Zhadan from Kharkov: Nobody really cares about the ‘Russian world’

In Aviapark, closed shops began to be marked on signs