Due to the increase in fuel prices, seniors will pay ten crowns extra for transport around Cheb 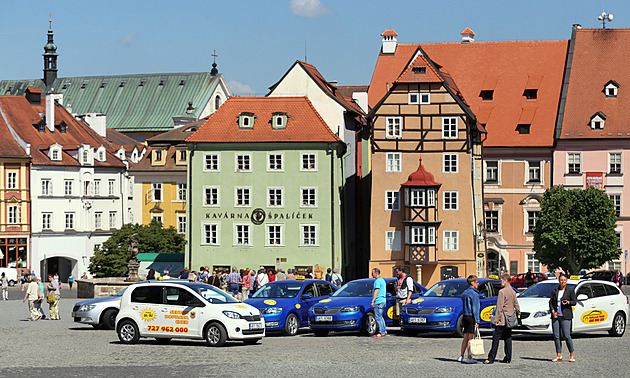 “Currently, a senior pays 20 crowns for a ride around the city, the town hall contributes 30 crowns. So the total price of one ride is 50 crowns. Due to fuel prices, the operator came up with a proposal that the only way to keep the service in the future is to increase the price, by at least twenty crowns, “described the situation in Cheb Mayor Antonín Jalovec.

He said the city initially planned to fully cover the price increase from the budget. “But according to the Public Procurement Act, the price was won, so it can only be increased by 30 percent. So if we go to the maximum, we can increase the amount we contribute to each ride by nine crowns. So a total of 39 crowns, “Mayor Jalovec calculated, adding that clients will have to pay the remaining ten crowns.

In practice, this means that from June Senior transport will become more expensive from the current twenty to thirty crowns.

Seniors over the age of 65 or the disabled can use up to ten such rides per month. “I think it’s still a good price. In addition, in Cheb we have this service provided very comfortably. Thanks to the fact that it is operated by a private taxi service, it is available to clients seven days a week without prior order, “said the mayor.

He added that the fare increase does not apply to people traveling from the outskirts of Cheb, such as Hrozňatov, Podhrad, Slapany and the like. “Everything here remains the same as before,” the mayor added. These seniors already pay a flat rate of 50 crowns for one ride, and can take advantage of four such discounted trips per month.

According to Simona Liptáková, a spokeswoman for Cheb City Hall, 1,125 people use the service in Cheb. Last year, almost 16,000 subsidized trips took place and the city contributed almost 600,000 crowns.

Sokolov and Vary will keep the price

In Sokolov, they are not considering changing the price of senior transport yet. “Senior Expres has been available here since December 2015. The city was the first to introduce this service in the Karlovy Vary region. It is available for seniors over the age of 70 and for permanently disabled citizens of the city on weekdays from 7 am to 3 pm for a symbolic 15 crowns per ride. This award is also valid this year, “said Sokolov spokesman Vladimír Meluzín.

The Sokolov Municipal Police is in charge of the service. Annual costs are around one million crowns. “Last year, Senior Expres covered less than 14,000 kilometers and transported more than 4,000 people,” Meluzín said.

In Karlovy Vary, the service is operated by the Karlovy Vary Transport Company. According to the spokeswoman of the municipality Helena Kyselá, it is intended for residents of the city over the age of seventy and people with disabilities. “The fare is 25 crowns, its adjustment is not being prepared,” said Helena Kyselá.

She added that the service is subsidized by the city of Karlovy Vary from its budget in the amount of approximately 1.1 million crowns. Last year, it was used by less than a thousand inhabitants of the city and officials registered almost two thousand rides. This year, the number of registered seniors has already exceeded 1,000, with 660 trips made by the end of April.

Evidence of war crimes in Ukraine is irrefutable, says Amnesty

Britain is due to rising gas prices cucumber crisis

Ukraine is going to step on the front door. He must avoid being surrounded

The city of work is hanging out in the living room, MP deputies Babi say