Despite the difficulties, the hospital wants a pavilion worth billions, it will announce a new tender 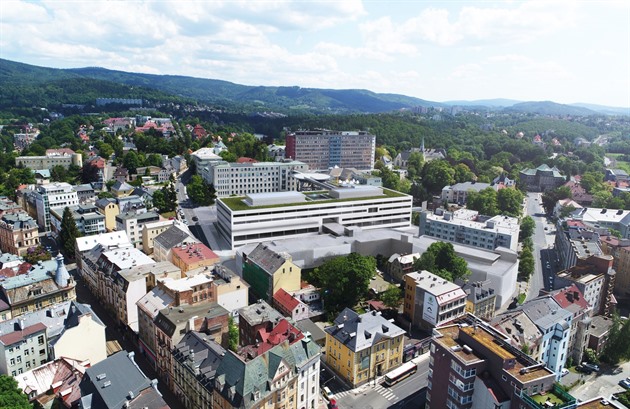 The regional hospital will once again look for who will build the Emergency Medicine Center. She had to cancel the previous tender because none of the registered companies met the required conditions. All exceeded the maximum limit of 2.2 billion crowns.

However, the hospital wants to continue the project, which it has been preparing for more than ten years. “Without a doubt, we want and will go for it,” said Richard Lukáš, director of the Liberec Regional Hospital, after the board meeting.

Most likely, however, he will not have time to start building this year, as the hospital planned.

According to Lukáš, the new tender that the hospital wants to announce will respect the situation on the construction market. Due to the war in Ukraine, the prices of building materials and works have risen rapidly, which is also significantly affected by the rise in the price of diesel. The project implementation and management team should calculate the new price by the end of May.

“We want to ask all shareholders to participate in securing finances,” the director added. The shareholders of the hospital are the Liberec Region and the cities of Liberec, Turnov and Frýdlant.

The Liberec region, as the largest shareholder, takes out a loan of 1.3 billion due to the center, adding another 800 million from its own budget.

Part of the costs will be covered by subsidies. The total budget of the center was originally estimated at 3.5 billion, including equipment. “It simply came to our notice then. If the hospital is doing as it did in previous years, it will be the resources of the hospital and also the resources of the shareholders, “said the Governor of the Liberec Region, Martin Půta.

According to the governor, there is no point in waiting

They also want to negotiate funding with the Ministry of Health. According to the governor, there is no point in waiting for the situation to change. “Energy prices and construction work prices will continue to rise. If we wait a year, we will only expect a higher price, “remarked the governor.

According to the director, a new pavilion is necessary for the hospital. “Without this new building, we will become a district-format hospital. We could no longer provide highly specialized care. Patients would then have to travel to other cities for certain procedures, such as Hradec Králové, Ústí nad Labem or Prague. And we can’t allow that, “he said earlier.

The six-storey building will bring together individual fields of emergency medicine. The planned pavilion should address not only the lack of central reception, but also the lack of space for operating theaters. The capacity of the hospital should be expanded by 120 beds.

In addition, a state-of-the-art cardio center, central laboratories, a transfusion and radiology department, an intensive care unit and an ARO department will be relocated there. The project also includes a parking house for 330 cars. The building will be about 120 meters long and 40 meters wide, 27 meters high. The author of the design is the company SIAL Architects and Engineers.

The regional hospital manages a total of 37 properties, of which fourteen buildings are older than one hundred years. No new pavilion has been built here in the last forty years. The youngest building is a pharmacy that is over thirty years old.

The government is about to shake hands with the refugee

Hzenkky ek klov duel of the European Championships, in Croatia they have to score