BTS vocalist Taeyhung talked about how his pet is sick, a pet that goes by the name Yeontan. Here we tell you what he said.

The fans of Bts They enjoy knowing all the action that they reveal to the public, from how they start their morning and how they end the day, to what they eat for breakfast and that includes their adorable pets too. Several of the members have adopted puppies, Taehyung now has a Yeontan by his side thanks to adoption.

Yeontan has earned the affection of ARMY, to such an extent that even on the birthday he is also given a congratulation, and sadly the puppy has had to be intervened to help him with his health problems.

What is V’s puppy sick with, Yeontan?

In an interview with Korea’s GQ, Taehyung made it known that his pet has been facing some problems, so at all times he tries to give him the best care and help him with the treatment.

According to the artist, the puppy’s health has been delicate since he was born, as his airways are so small, he cannot make many efforts as it is difficult for him to breathe and he may faint.

To take care of it, V He takes him for regular medical check-ups and this year he has even received two surgeries in the hope that he will have a better life, but in both cases he has not achieved that goal. 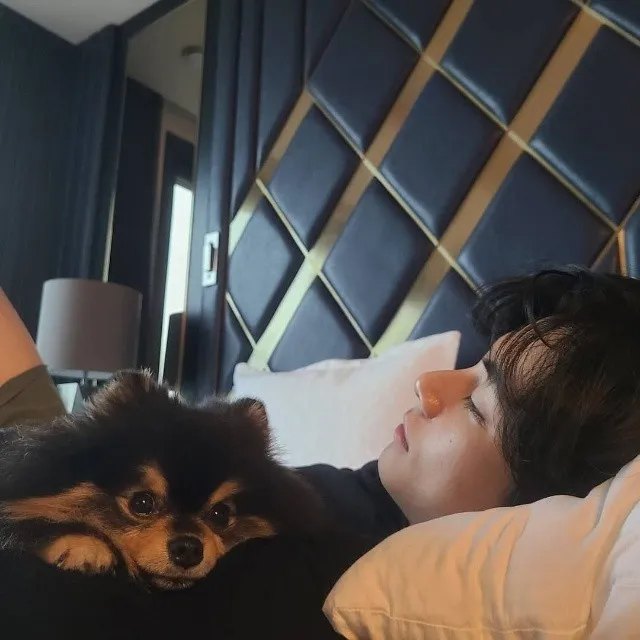 V dedicates a nice message to his pet

The young singer took advantage of that moment to show how much he loves Yeontan, with whom his fans and we love to see him spend time. In the message he said the following:

“Thank you for resisting, persevering and staying alive despite how tough it is. I hope we can both have good memories for the rest of our lives. I want to see such an adult. “

These words have moved the entire Internet, since they are full of sweetness, we hope that everything turns out very well with the animal and it will be your pet for many years. Long live Yeontan and V.

And in other news, we tell you that SUGA reached a new record, it is in English but click on translate.

Kunno and Sebastián Yatra reappeared together and ignite the dating rumors