A native Pilsen Bohouš Josef is a musical singer and founder and frontman of the former group Burma Jones, founded in Pilsen in 1990. The thirteenth room of the musician is a collapse of the heart, which puts him in danger of death.

“Twelve years ago, I suddenly had a tightness in my chest. I consulted with doctors, they sent me to cardiology to find out what and how. The professor from Motol told me that my blood vessels were narrowed and something needed to be done about it. They put a clasp in my blood vessel at the site of the constriction, which stretched it to make it passable. I was relieved and because it was not a difficult operation, I quickly forgot all about it. Which I probably didn’t have, “Bohouš Josef describes the beginnings of heart problems in the new part of the 13th room.

More than two years ago, just before the beginning of the musical The Three Musketeers, where he was to perform the role of Cardinal Richelieu, he collapsed, his heart failed. “Everything was still fine on the way to the theater. But during the sound check I took a breath and suddenly I felt a lot of pressure on my chest. I knew that I simply did not sing that something was wrong, “he recalls. 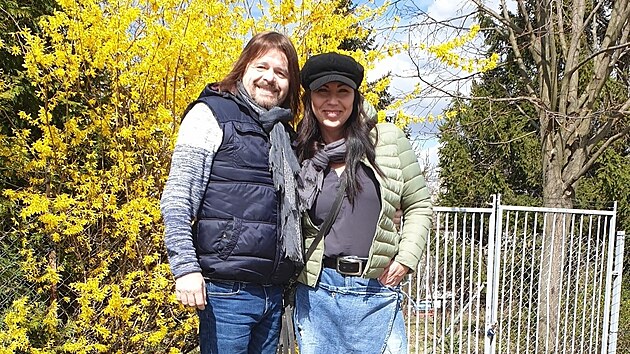 The director of the performance, Libor Vaculík, had to take him to the Motol Hospital immediately. He stayed there for two days before he was transferred to IKEM, where he underwent surgery.

The team of doctors was led by a surgeon Jan Pirk, according to which the musician got into his hands in ten minutes twelve. “Ischemic heart disease is the most common diagnosis in which people die. Fifty percent of people still die of heart attacks, ”says the professor.

The musicians operated on four bypasses due to four narrowed arteries. The outpatient procedure lasted seven hours. After waking up from anesthesia, the singer realized that his life hung in the balance. So he began to change it fundamentally.

“I remembered what Ondra Hejm said about him when he was also in the past for a similar operation with longer anesthesia. That he had to start repeating the lyrics as soon as he woke up. So I also started right away, “describes Bohouš Josef.

He lost a lot of weight as a result of the operation, so he decided to take care of himself and eat healthily in a much more disciplined way. He quit smoking and started walking intensely and regularly. Miles travel daily. For example, in March this year, he has 360 kilometers on his account. “I quit day after day. It didn’t work otherwise. I couldn’t even imagine having a cigarette after such an operation, “he says.

The singer lives alternately in an apartment in Prague and in his wife’s house in Brno, goes for walks with his dog and is already looking forward to being able to return to the stage, where musicals and concerts will be heard again.

Bohouš Josef has performed in almost all famous Czech musicals, exceeding the number of twenty. He has performed in Jesus Christ Superstar, Galileo, The Three Musketeers, Kata Soapper, Hamlet, Cleopatra, The Ratman, Bonnie and Clyde, Men with Iron Masks, and others. He is the main creator of the musical Mona Lisa. He currently plays in two of his bands, among others: Bohouš Josef & Burma and Divokej proud.

The Pskist parliament recalled the prime minister, who tried to dissolve him

the degree of pandemic in the center slowed, tests revealed 3,440 new cases

Schools can handle 200,000 children from Ukraine, they want to help, praises Černý