At Frýdek-Místek, two bikers collided with a cyclist. The senior died on the spot 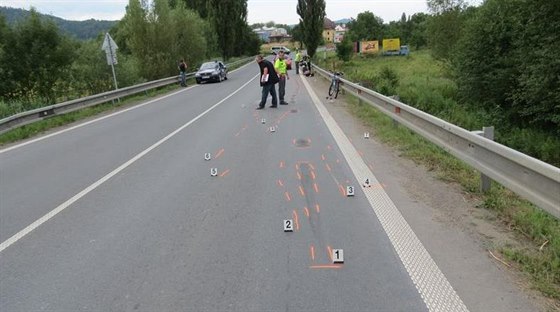 The accident happened on the road between Frýdek-Místek and Sedliště fifteen minutes after noon.

“A 72-year-old man from Frýdek-Místek rode an e-bike towards Sedliště. Most likely he wanted to get off the road to the left, where the bike path leads. At that time, he was overtaken by two consecutive bikers. There was a conflict, the cyclist died despite the resuscitation on the spot, “said regional police spokesman René Černohorský to iDNES.cz.

Police ordered an autopsy at the cyclist. In a severely injured biker, a blood test to check if he was driving under the influence of alcohol or drugs. At the second biker, the police conducted a breath test for alcohol, which was negative.

“Everything is under the control of Frýdek-Místek traffic police officers and criminal investigators. They find out how the cyclist turns, if he really turned. They find out the course of bikers’ rides, they will question witnesses. If there are other witnesses, let them turn to line 158, “added Černohorský.

The road was closed in both directions until 4 p.m.

The team of Czech fleretists, led by Choupenitch, finished tenth at the World Championships in Belgrade

FIRST IMPRESSIONS: First of all, the first good only promises

COMMENT: The proposed change to the statutory guarantee is rather against the interests of customers