Apartment of the week: duplex with gothic arches and a view of Sokolniki

The current apartment of the week has two unusual features at once. First, it has two levels. Secondly, the tall windows in it have a non-standard shape – Gothic arches. 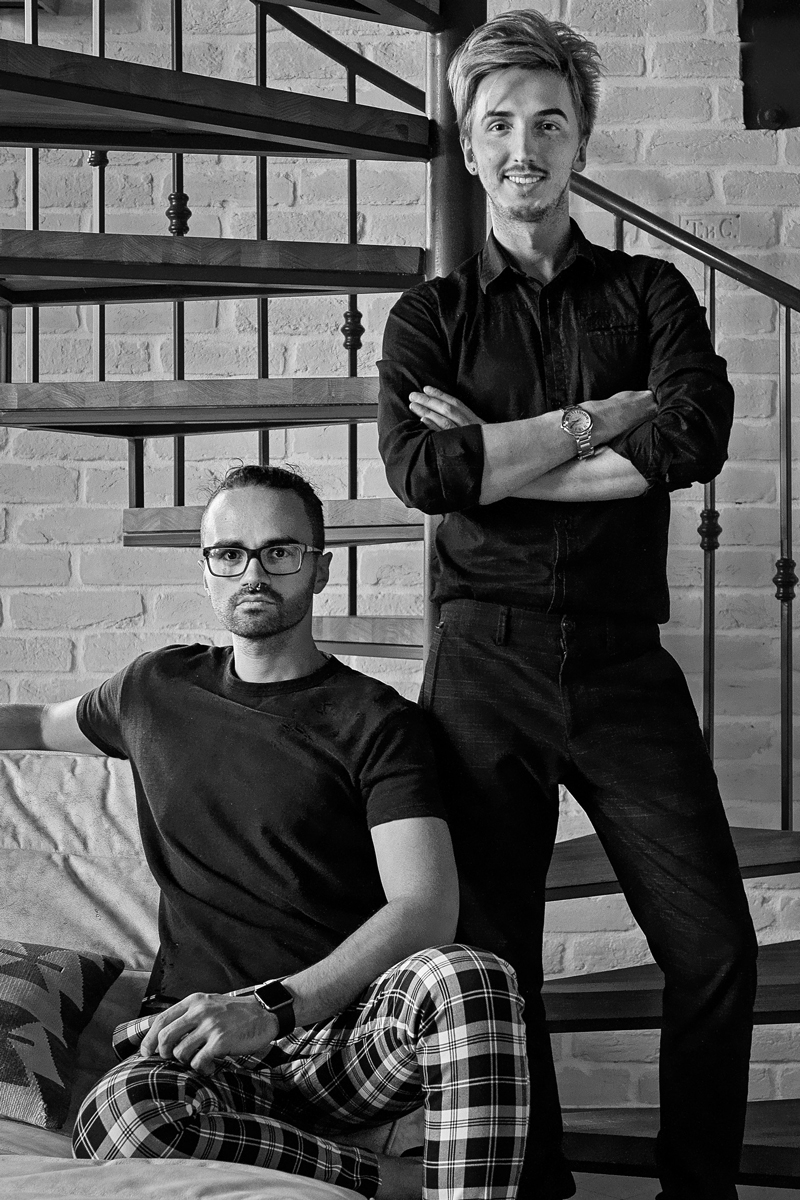 The apartment is located in a modern building in the Sokolniki district and is located on the 17th floor of the central tower of the residential complex. Gorgeous views open from it, and it was they who initially attracted the owners – a young mother with her daughter. The area of ​​the apartment is relatively modest – 74 square meters. m. But after the restructuring, which was made by the designers (of St. Petersburg, by the way) To Taste bureau Maxim Zhukov and Viktor Stefan, this area increased significantly – right up to 112 square meters. m.

But first things first. Pleasant changes in the layout began with what was discovered: despite the ceiling height declared at the time of purchase of 3.9 m, the actual height of the concrete vault turned out to be 4.3 m, so the idea of ​​making a second level in the apartment became absolutely logical. “We can say that we specialize in adding additional meters to unusual rooms where possible and where it becomes convenient and comfortable,” the designers comment. 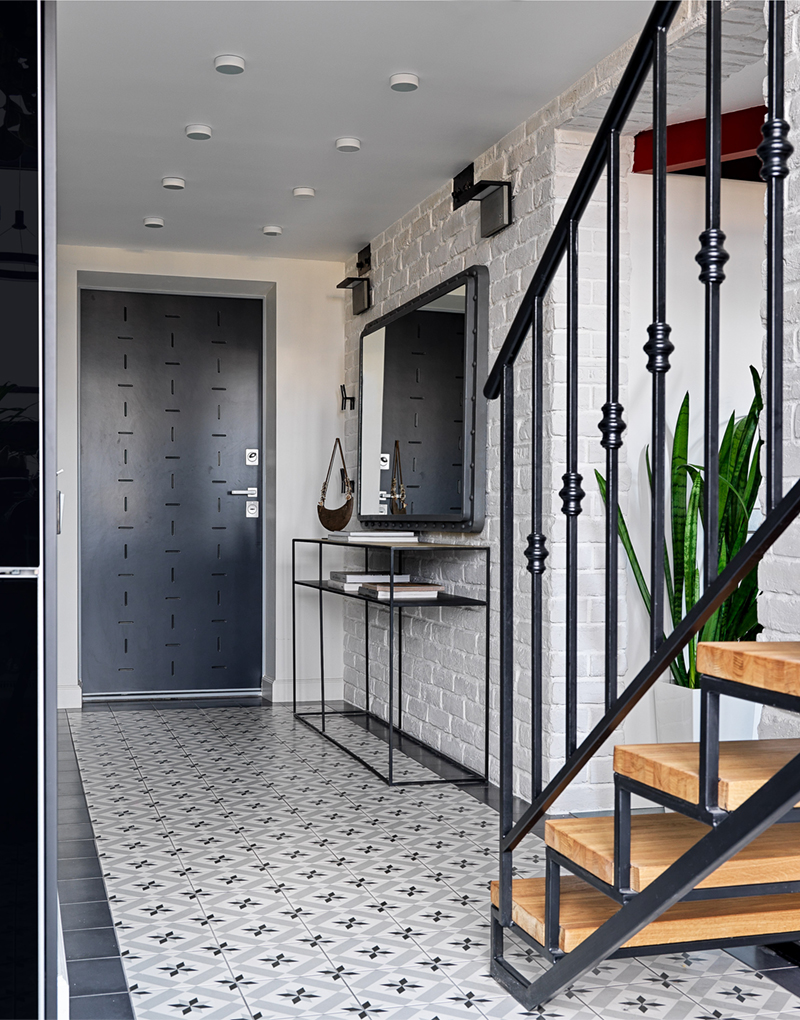 In this case, they planned the room so that it formed four isolated rooms and a kitchen-dining room. In the main living area, a full volume of height was left, and a second level was built over simpler rooms like bathrooms, an entrance hall and a pantry. “A cinema hall appeared above the hallway and guest bathroom with a passage to it from the kitchen through a small wine cellar. The sleeping blocks were also divided vertically, so that each of the “girls” hosts would have their own small dressing room. One of the wishes of the customer was the creation of a workplace-office next to the bedroom. It is located on the second level and “looks” at the living room.” A special note for readers with the question “Who agreed this?”: The redevelopment was agreed, and the wet spots did not have to be moved. 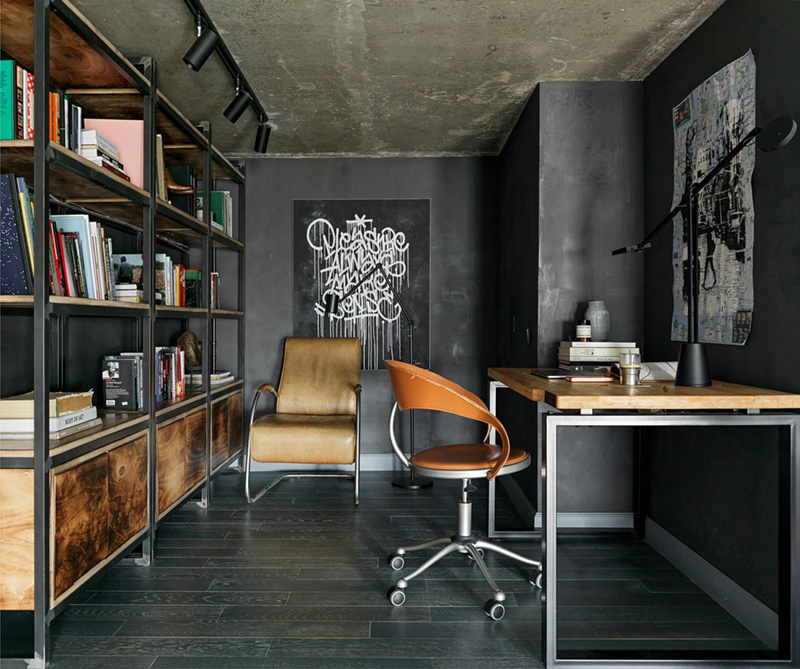 According to the designers, the owner of the apartment and her daughter love to travel, invite friends over, draw and cook delicious dinners. Their wishes for the interior revolved around the words “light”, “cozy”, “airy”. “In order to keep all rooms airy, spacious and light, we made most of the walls white,” Zhukov and Stefan explain. – To give a loft atmosphere, logical in a two-height room with such windows, part of the walls are lined with clinker. We left the concrete ceiling in its original form: it retained its height and just looks great.” 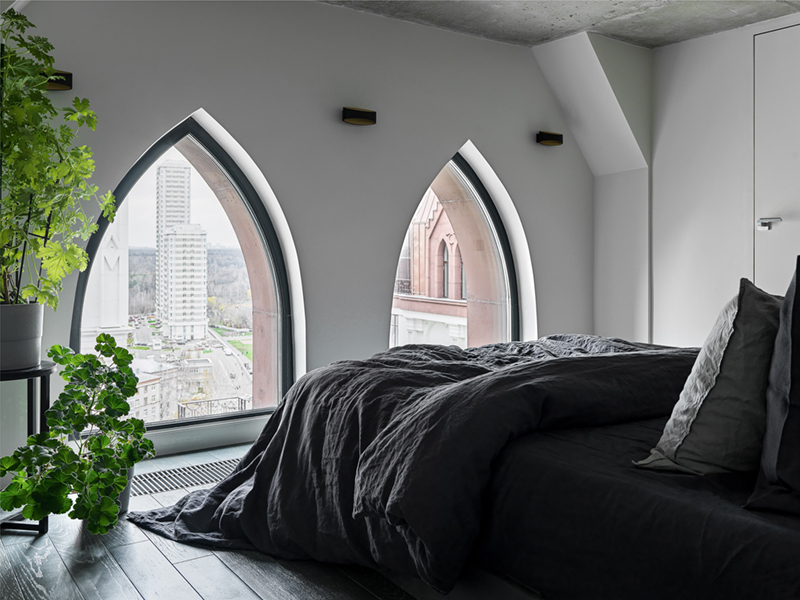 The main engineering and decorative element of the interior was the internal “balcony” – a staircase and a mezzanine fence in the living room. “This is both the main color dominant of the project and the functional “artery” that connects the levels and rooms of the entire apartment,” the designers say. “We call it the Golden Gate, after the famous bridge in San Francisco.” This is also a reference to the love of the hostesses of the apartment to travel. 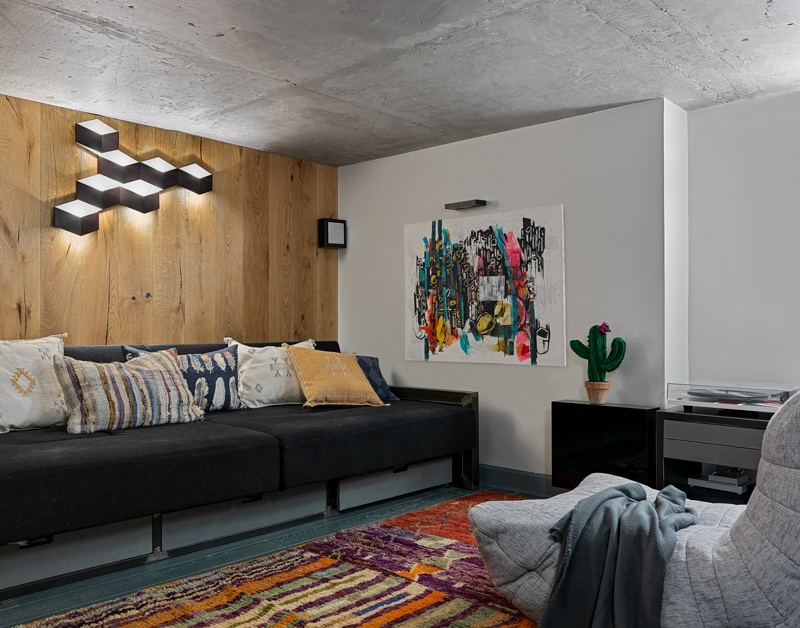 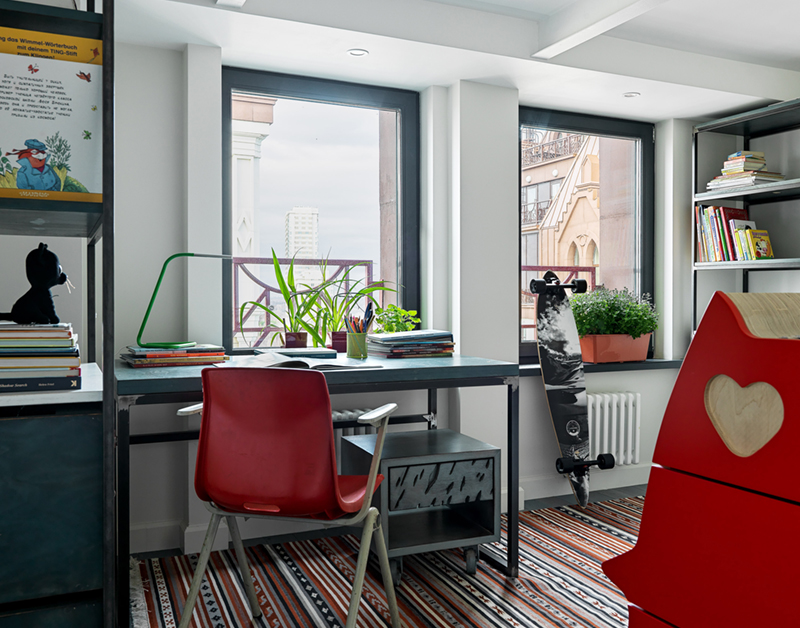 The apartment is furnished in the same loft style, with modern furniture with a slightly industrial look and an abundance of wood – for example, the coffee table in the living room has a tabletop as if from a natural saw cut of the trunk. Ceiling lamps look very good in a high room – crystal chandeliers enclosed in a “lattice” of metal circles. These chandeliers look like an old globe or some kind of navigational device and were very popular at one time. In this interior, they are also hung on ropes, which enhances maritime associations. The furniture is mostly modern, but there are also non-standard items. For example, in the living room there is a Soviet vintage file cabinet, painted in turquoise. It looks unusual and gives the interior comfort.

This is a very cool, easy and even in a sense playful project. When you look at it, you remember that the interior is not only about functionality and comfort, but also about creativity.

The unexpected return of Willy Wonka, you will be surprised by his new adaptation

On the verge of tears, J Balvin expresses how tired and how worried he is today