And the dirt is already crawling out: The cook is embarrassing and desperate, The short-haired liar, Daniela is just watching what’s going on

Apparently it started even more than Tatana Kucharova she assumed. She told Showtime that her ex-husband told her Ondřej Brzobohatý he cheated while they renewed their church marriage and worked on the baby. The eyes of the public began to turn, and the model received a lot of messages on Instagram about how strong she was and how good it was that she had spoken openly about her toxic marriage. But the musician did not like it and denied the ex-wife’s statement. He also called her desperate. She said so Daniela Písařovicová and a short but really peppery shootout broke out on social networks.

“For a long time, I just gritted my teeth quietly, given the nice thing in our relationship. But I just have enough. Unlike my ex-wife Tatyana, I do not seek the attention of the boulevard so that I can subsequently spread lies and demagoguery in it, which would denigrate others and portray me in a better light in the eyes of the public. Why is Tatiana doing this? I do not understand. The facts are clear, namely that divorce papers have been on the table since August last year, I have lived alone since September and no one else has ever been the cause. “ Brzobohatý said on Instagram, saying that it was a failure of both partners, not just him. According to him, Tatiana plays the victim and lies to the public.

“Crisis, separation, divorce. It is always a failure of both partners. There are no winners or losers in it. Finding the culprit or playing the victim is as desperate and embarrassing as defending oneself against false accusations. That’s why I’ve been silent for so long. However, Tatiana’s situation exacerbated the situation to a state where I have to speak back. Daniela did not become closer to me, ie to the divorcing and subsequently divorced man, until this year. I thank those who wish us luck.
May time heal all disappointments and injustices and, most importantly, may there be peace and quiet, “ he still made pious wishes, but preferred to forbid the comments below the post.

His statement was also provided by Daniela Písařovicová, to whom a few insults along the way also fell.

Under an Instagram image that boasts professional make-up, one of the fans wrote to her, for example: “Well, it won’t be on Mis.”

However, Písařovicová immediately objected to this: “And that’s a classification for a better life?” 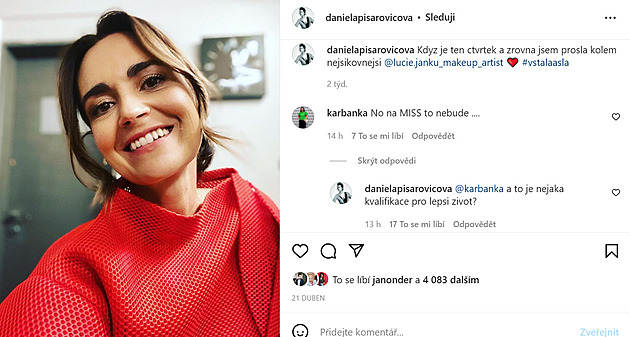 Daniela Písařovicová objected to the comments 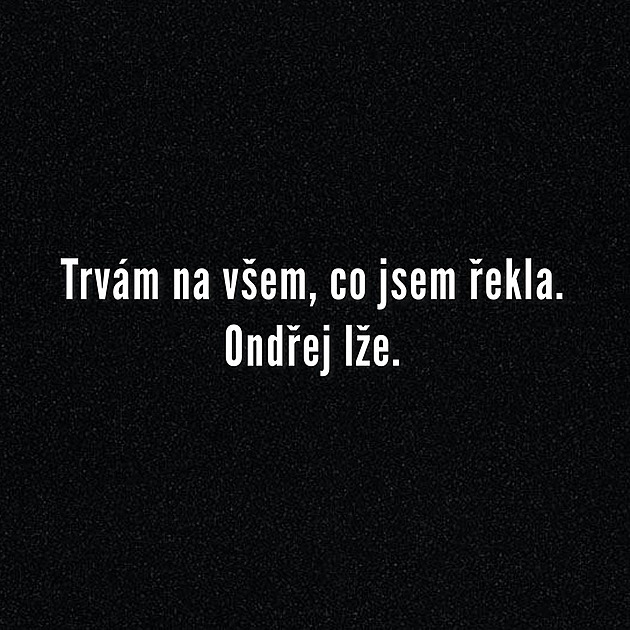 In addition, she added that: “Probably more than ever today, whoever wants to hit a dog will always find a stick.”

Kuchařová did not keep her mouth closed either, she closed the case on her social networks with a clear one: “I insist on everything I said. Ondrej is lying. “

In Taganrog, the Alferaki Palace will be restored by the end of May

“Mirror Soul”: a presentation of a new book took place in Taganrog