An overlooked aspect of Russia’s failure in Ukraine. Missing NCOs 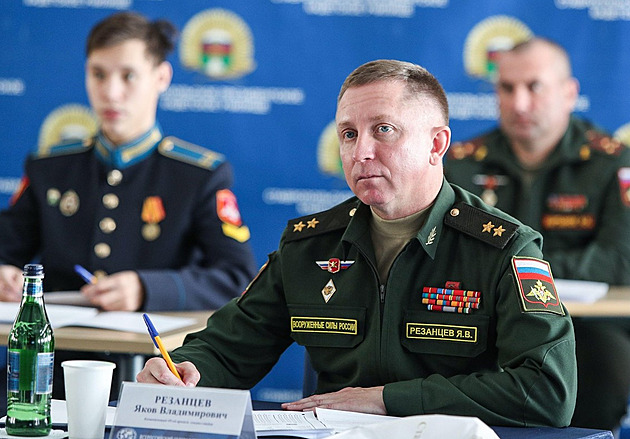 Bolshevik heritage. According to the American military analyst Steven Matthew Leonard, these two words summarize the reasons why the Russian army is losing the battle with the Ukrainian. And one of the legacies of outdated Soviet principles in the Russian army is the non-existence of a non-commissioned officer corps. “The Russian army lacks a backbone,” writes Leonard.

Tsarist Russia used the non-commissioned officer corps, but after the communists came to power, the Soviet Union dissolved it. The Red Army, like its modern successor, relied on numbers. The Soviet military model built on high numbers of conscripts, and although the current Russian military boasts alleged modernization reforms, the organizational principle remains unchanged.

However, the brigades generally show lower military qualities than members of the professionalized armies known from the West. “Branch armies usually lack a professional non-commissioned officer corps, which is considered the foundation of the modern Western army,” concludes one key difference of the think tank Center for Strategic and International Studies.

The NCO is in charge of a number of operational functions. According to the American Minister of Defense Lloyd Austin’s failure of Russia to “integrate air strikes with their ground maneuvers” is due to the lack of lower-level command structures.

In addition to arranging contact with other military units, non-commissioned officers are responsible for checking equipment or ensuring logistics. That is, areas in which the Russian army lags far behind. For example, Russian vehicles have not been inspected and replaced for a year wheels, so she has to drive on main roads so she doesn’t get stuck in the mud. Due to the lack of food, the soldiers resort to looting and due to insufficient clothing they freeze.

Particularly monstrous, the lack of discipline of Russian soldiers manifested itself in shocking cases of rape and other bestial acts. “These types of crimes occur when military organizations engage in combat without clear, achievable goals and without a professional non-commissioned officer corps to enforce discipline in their ranks.” states former Deputy Interior Minister for Middle East Andrew Exum, who said the presence of vigilant NCOs helped the U.S. military in Iraq prevent similar excesses.

In the US military, officers set targets, such as seizing hills, and non-commissioned officers decide how to achieve this, explains Spokesman III. Fort Hood Texas Armored Corps Sergeant Jeremy Crisp, why the NCO is the “backbone” of the U.S. military. In the Russian army, the tactical work of the lower leadership must be handled by officers, who ultimately fail in either position.

Because authority is not sufficiently delegated in the Russian army, so is it generals they move to the front line, where they risk losing their lives. Ukrainians report that they have already managed to eliminate 12 Russian generals.

“There is no comparable situation in modern history regarding the deaths of generals.” commented The former commander of the Allied Command in Europe of the North Atlantic Alliance, James Stavridis, is the “amazing incompetence” of the Russian army. He noted that no American general was killed during the US military engagement in Iraq and Afghanistan.

According to military officials, the Russian army, true to its Soviet model, is showing rigidity and excessive insistence on hierarchical succession, the most glaring manifestation of which is the appearance of generals on the front. “The Russians practice a very cumbersome top-down directive, a kind of settled command, which may not necessarily be the best way to operate on a dynamic battlefield,” said General Mark Milley, chairman of the US Corps of Chiefs of Staff.

The Ukrainian army, on the other hand, abandoned the Soviet legacy and adopted a dynamic style of NATO military leadership, allowing for the flexibility of lower command units. “To get rid of everything from the Soviets that kept our hands and feet bound, to start thinking like NATO, to look at things like Europeans, to organize training in accordance with NATO standards, which we have already seen as very effective and efficient.” described new direction of the Ukrainian Armed Forces their supreme commander, Lieutenant General Valery Zaluzhny.

Server Defense One notes that China is also beginning to realize the importance of non-commissioned officers, which is trying to integrate them into the army. According to experts, the process is slow, due to a certain rigidity and politicization of the Chinese People’s Liberation Army.

Sdlen kola is not drilling in Liberec, the city does not want to subsidize traffic

You sleep poorly, do not eat breakfast, and there are six other reasons why you are both short-sighted

Cars on the makeshift bridge check the speed, the city will install radars

The cottages in Žďár are disturbed by the sawmill and cars, and the soundproof walls and ramparts help