Academy of Oscars teases Taylor Swift and her performance in ‘Cats’

It all started in the official account of The Oscars in Twitter, where has congratulated Taylor Swift for his birthday, but a fan’s suggestion has ended in shade mode from the academy.

The popular artist and icon in the U.S Taylor Swift is turning 32 years old, and with it various media congratulating her, including the prestigious film academy of the United States and the body in charge of the Oscars.

The congratulations came in a very good way, however, some Taylor fans asked the academy not to mention his performance in the movie cats due to the enormous rejection that this film received in the year of its release, even going so far as to win the razzie award. to “the worst movie”

This is how the context of this moment developed, which has undoubtedly been a bit uncomfortable:

The Academy: Happy National Taylor Swift Day to all who celebrate. 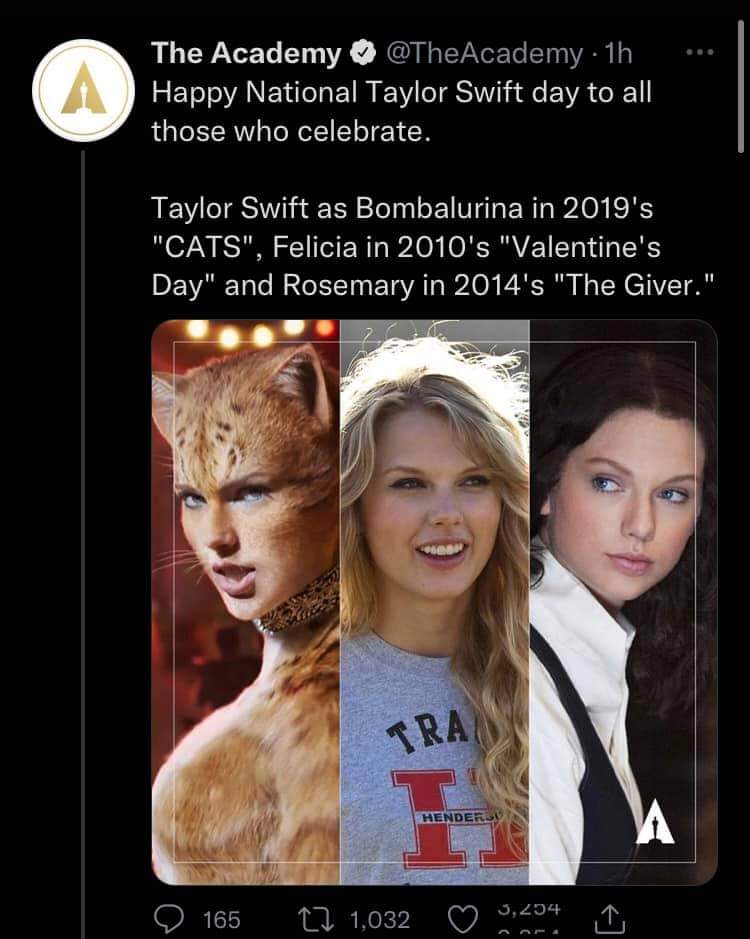 * step followed they mention Taylor’s roles on the big screen *

Taylor swift as Bombalurina 2019 in CATS

Taylor fan: NO ACADEMY. WE DID NOT MENTION THE CATS MOVIE. WE DON’T MESS WITH THAT! 😭 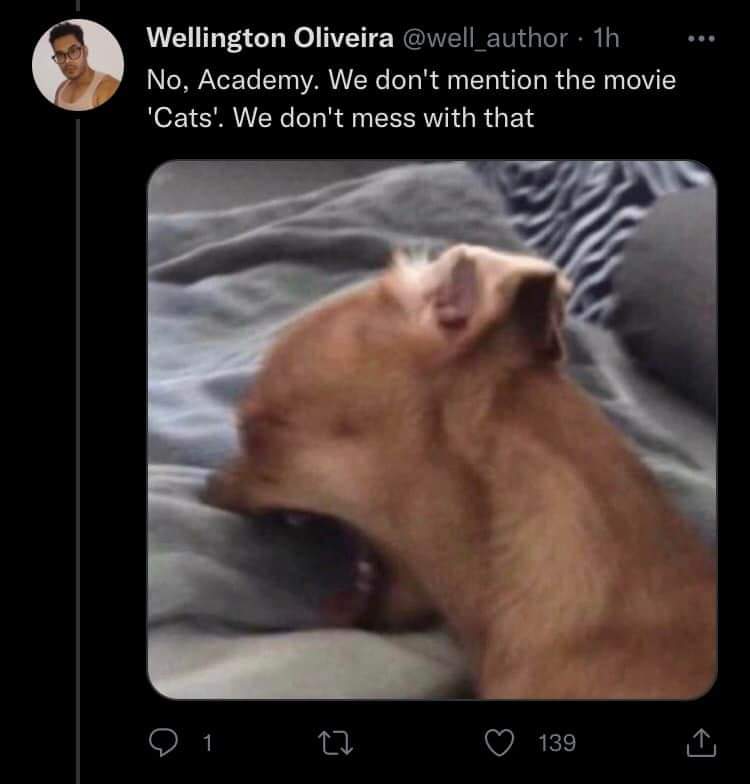 The Academy: So what you’re saying is that you think Ella (TAYLOR) was bad at Cats? 🤭 * insert Megan’s meme * 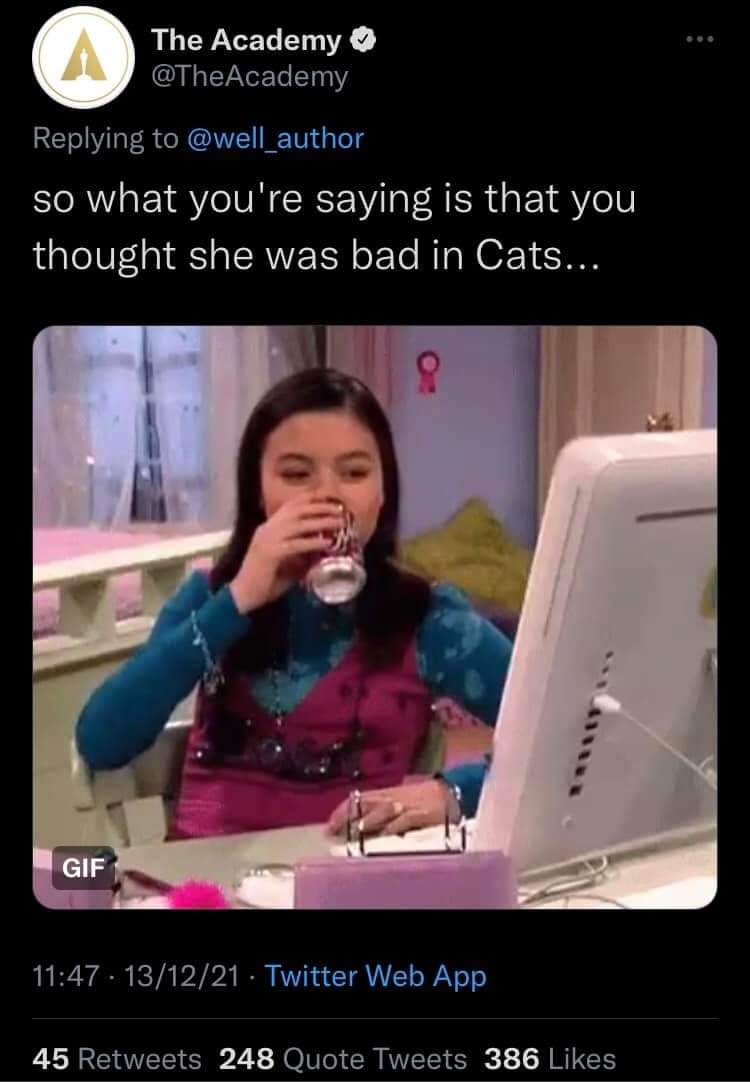 What do you think of this event?

Got mad? Actor Kuno Becker learns that Kunno is named in his honor