Moscow director Alexei Tishura was appointed artistic director of the New Youth Theater of Nizhny Tagil. Natalia Mozzhakova, director of the cultural institution, told about this to the Vse Novosti news agency.

The place of the artistic director of the theater on Vagonka was not empty for long, in early spring Anton Butakov, the chief director of the Center for Contemporary Drama in Yekaterinburg, announced his departure. Anton signed a contract with the New Youth Theater two years ago and staged three performances. The theater reported that Butakov made the decision to leave the post of artistic director back in December, the last working day was May 1.

“It’s no secret that Anton Butakov served as Deputy Director for Creative Affairs at the New Youth Theater in Nizhny Tagil and headed the Center for Contemporary Drama in Yekaterinburg. With the development of the center and the development of the theater, it became impossible to combine these positions. Therefore, he made this decision, it was finally formed in January, ”the theater commented.

These days, the premiere of Anton Butakov’s play “The Ugly Kitten” will take place, said Natalia Mozzhakova, and added that the team parted ways with the talented director on a positive note and the theater does not exclude further creative cooperation. Now his place will be taken by Alexei Tishura, he is already known to the Tagil audience for two productions in the New Youth – “The Little Prince” and “Scarlet Sails”. Recently he worked in Moscow, led several creative laboratories and workshops.

“After the proposal of the New Youth Theater, I thought for a long time, I have a family, three children, I consulted with my wife. At the same time, I received another similar proposal from the Chuvash Opera House. My intuition suggested that I need to go to Tagil. Firstly, it is very pleasant and comfortable to work with such a good leader as Natalia Mozzhakova. Secondly, I fell in love with the troupe, the actors are young, wonderful, we have something to do together and do it with dignity, ”Alexey Tishura told Vse Novosti news agency.

Alexey Tishura moved to Nizhny Tagil with his family. The new deputy director for creative issues does not intend to create his own theater, there will be visiting directors – this, according to him, is more useful and interesting for the artistic director himself, and for the troupe, and, of course, for the audience. He does not reveal his immediate creative plans, but he shared that there is an idea to put on an experimental play based on Chekhov. And while working on Scarlet Sails, the director realized that the theater artists were ready for this.

And in the near future, new artists may join the troupe – this is one of the first tasks to be solved.

“There is such a thing as completeness. We have free rates, now we will look for new guys, we will complete the troupe. There are resumes from the guys from the Yekaterinburg Theater Institute, there are from other guys. There is a need for this when staging classics for a young audience, for example, Chekhov, Ostrovsky, these are modern playwrights who write plays for four people, but in the academic theater everything is different. As a rule, there is such a problem in theaters when there are not enough male heroes, this is a traditional problem. We will deal with these things first of all – we will fill the personnel shortage, ”added the artistic director of the New Youth.

Alexey Tishura is 46 years old. Graduate of the St. Petersburg State Academy of Theater Arts with a degree in directing. In Moscow, he directed the Stage Existence Practice Laboratory, the Stage Improvisation course at Boris Yukhananov’s Individual Directing Workshop at the Stanislavsky Electrotheatre. Since 2017, he has been the chief director of the Lysvensky Drama Theater. Savina.

The All News news agency has a Telegram channel. This is a fast and convenient way to get the most important news directly to your phone. Subscribe so you don’t miss anything important.

If you see something interesting – tell us about it. Mail for your letters: mayak-nt@ekradio.ru 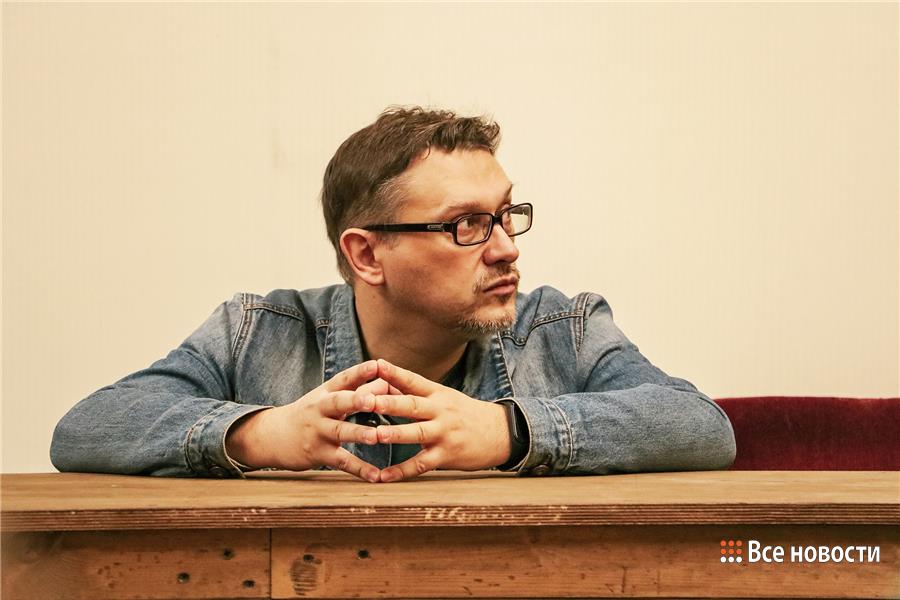 Bulgaria sees growth in turnover in the transport sector