A bad habit, a whim or an obsession? How do you know what else is normal

Hand on heart – each of us has some peculiarities. Some have to have shoes in the shoebox aligned by color, others water the flowers only from left to right or drink coffee from only one specific cup. Every day, we regularly check that the stove is switched off and the windows are closed, even several times.

But what if we can’t stop those constant checks? Are our habits and whims still normal, or is there something more serious behind them? Experts in obsessive compulsive disorder help us to understand this distinction.

Rituals give us confidence

As soon as the alarm rings in the morning, most people start working according to a well-established program. For example, they take a shower, drink coffee, have breakfast – the same procedure every day. Such customs and rituals give us a sense of security, a firm anchor in life and create a certain order.

Compulsive behavior is stronger, especially when we are tense and nervous, such as when interviewing when applying for a job. Some people start rolling strands of hair on their toes, others start tapping their feet, and others laugh out loud in embarrassment. This special action simply serves to break down tension in the body.

Anyone who has to make sure over and over whether he has really switched off the stove already has a problem. These people can stand in front of him for two hours before they dare to leave home. When such behavior binds us to something for a long time and does not allow us to function normally in everyday life, we can no longer talk only about some innocent whim.

In addition to the frequent obsession with cleaning, there are many different forms of compulsive thoughts and pressures to keep everything under control. There are people who are afraid of numbers, others have to wash their hands constantly. Alternatively, there are those who always have to touch certain traffic signs on the way to work, have to follow the same route at all times or must not step on the joints on the sidewalk.

The first step from obsession

Only those who know for themselves that they have a problem can help. Although people with disabilities are aware of the futility and futility of their actions, they simply cannot do otherwise. Accompanying phenomena that typically accompany compulsive behavior are tension, fear and shame.

Behavioral therapy finds out what function the urge has, what lies behind it and how it originated. Most mental health problems are expected to improve by identifying and subsequently altering disturbed ideas, thoughts, and behaviors. The therapist and the patient get to the point where his compulsive behavior occurs, and he can then, with professional help, get his obsessions under control.

Bad habits in children are harmless

It is important for parents and grandparents to know that children in particular have different whims, such as sucking on their sleeves, biting their nails and twisting their hair. However, such habits usually disappear with age. You can be at ease, at pre-school age and in the first stage of primary school, on the contrary, they are a sign of normal development. 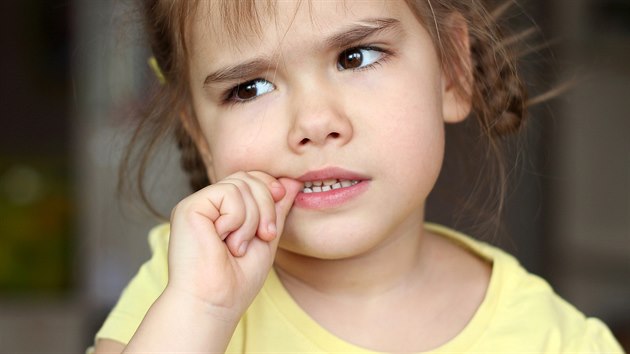 VIDEO: The thief handed out things stolen from a parked Mercedes by passers-by

Shark tourism has perspective. It is profitable and helps protect the seas

We have great potential, praises Verstappen. ehr only for reliability